The Wynonna Earp creator is back with an all new feminist AF genre series. 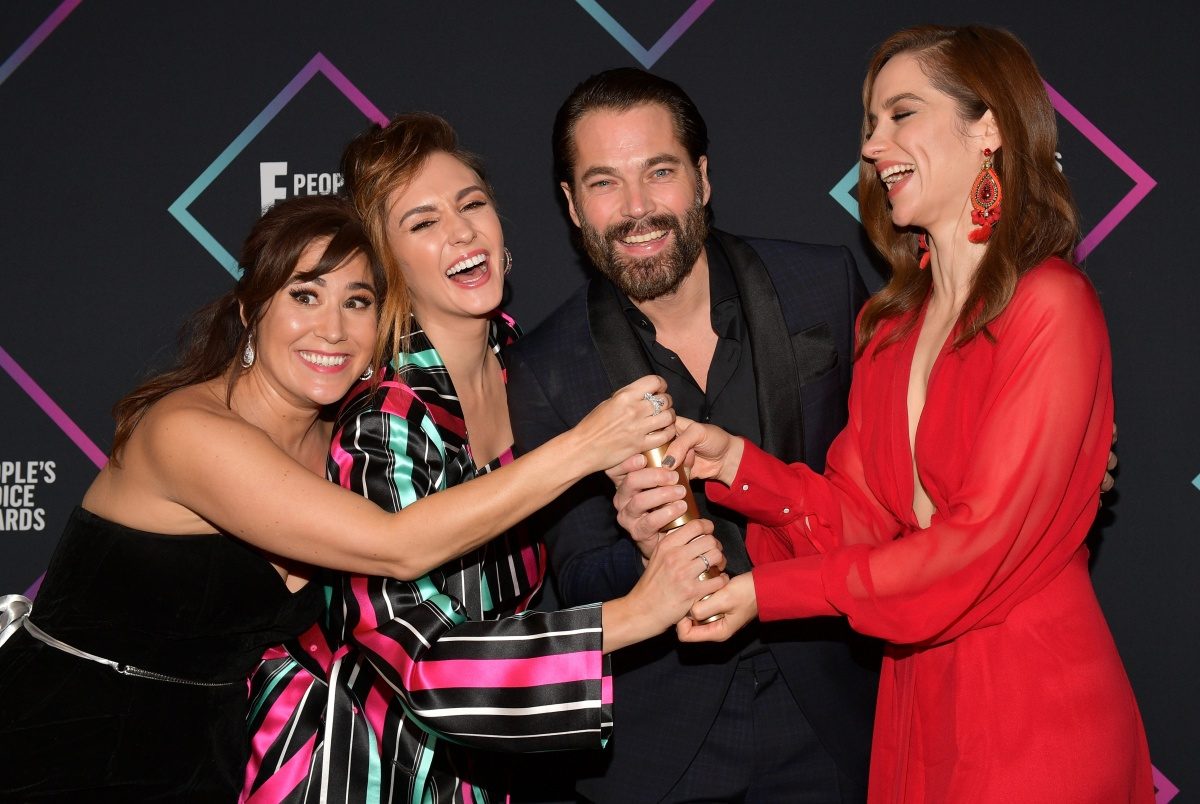 Let’s get one thing clear: we’re big damn fans of Emily Andras. The Canadian producer and writer has consistently delivered some of our favorite female-driven genre shows, including Lost Girl, Killjoys, and Wynonna Earp. Andras has a brand for herself by infusing male-dominated genre worlds (space opera, western, fantasy) with brilliant, complex, and loveable female characters. Now, she’s partnered with Syfy to develop a new adventure series called Axeholes.

According to the synopsis, “Axeholes follows a mismatched bunch of comic convention attendees who inadvertently get transported into the real-life world of their favorite fantasy TV series, Blue Bar’Bara. In the worst role-playing game ever, the unequipped party must learn to navigate a dangerous land of profanity-spewing battle axes, sociopathic fairies, disturbingly sensual dragons and a chainmail-bikini-wearing shield maiden as they struggle to find a way back home.”

There’s a lot to like here, as the series brings Andras’s signature meld of irreverent humor and sci-fi action to an all new show. Andras said of the project, “I am excited to take on a new adventure series that is an adoring, tongue-in-cheek love letter to fandom in general, and fierce barbarian princesses in particular … I am especially thrilled that it will allow me to continue working with Syfy, who have been endlessly supportive of the hilarious, moving, action-packed feminist genre shows I love to create for television.”

Axeholes comes off of a tumultuous year for Andras and her cult series Wynonna Earp, whose fourth season was delayed for several months as producers at IDW Entertainment failed to secure financing. Thanks to funding from third parties and the indefatigable online and IRL support of the show’s fans (aka Earpers), Wynonna Earp will return in 2020.

Josh Van Houdt, Syfy’s VP of Original Co-Productions, said “Emily Andras leads with a distinct voice and tremendous vision. Syfy is committed to Emily’s brand of creative storytelling, and we are thrilled to continue our partnership with this project.”

Andras has made a name for herself in the male-dominated field of genre television, delivering nuanced feminist heroines that are flawed and relatable. Her shows consistently celebrate LGBTQ+ characters and storylines with thoughtfulness and authenticity. What’s more, she understands the importance of representation to an audience that wants to see their own stories told.

In an interview with TMS in 2016 she said, “I feel like I have a lot of LGBT friendships and relationships in my own life, and anytime that I am given the chance to create a world, I really want it to reflect the world that I live in. So I don’t think I will ever create a show that doesn’t have LGBT representation, in a way that I feel really is just part of the character, but doesn’t define the character.”

While Axeholes is still in the early stages of development, we’re excited to see what all Andras has in store for us.