We Did It—Wynonna Earp Will Return for a Fourth Season

Pride still ain't over yet! 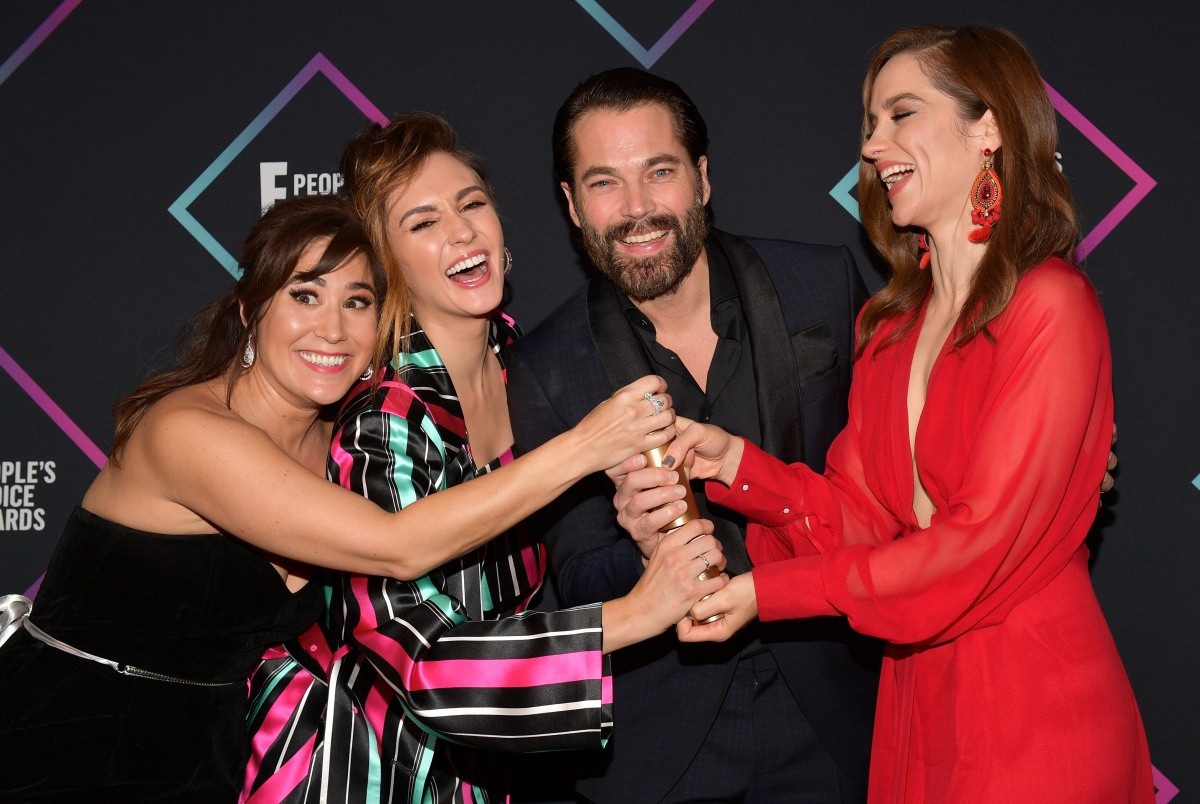 After months of delays, production issues, and financial worries, the hit show Wynonna Earp is officially due to resume pre-production later this fall and start filming in January 2020.

Dear Earpers, We’re very pleased to announce WE ARE ALL IN for another season of #WynonnaEarp & wanted you to know how much we appreciate everyone who’s rallied behind the show & kept the faith. Thank You! #Victory4Wynonna!

In a press release from IDW Entertainment, the company announced (in partnership with SYFY, Space and SEVEN24 Films), that Wynonna Earp, the award-winning series based on the IDW comic created by Beau Smith, has been greenlit to finally start production for its fourth season.

Season 4 is expected to debut in Summer 2020 on SYFY in the US and Space in Canada. Additionally, Cineflix Studios has come aboard to co-produce and Cineflix Rights will handle international sales for the series. This was a huge part of the reason the series had staggered, since Netflix hadn’t picked up the international streaming rights.

“‘Wynonna Earp’ – the series, the comics, the characters, the story and the fans are all deeply important to IDW so we are thrilled to be able to continue to tell the Wynonna story. From the very beginning, the fans have embraced the series and have transformed their passion into an inclusive community built upon empathy and support, as well as whiskey and donuts. We are grateful to have partners who were able to help us bring it back for a fourth season so that we can continue to serve the dedicated Earpers, and entertain fans everywhere.”

I’m super excited about this. I’ve been a fan of the series since the beginning, despite the fact it still has a way to go with it comes to POC representation, and I’ve been hoping to get this news.

You showed up. Never lost your polite-yet-fierce no chill. Made me proud, every single day. And I pray the success of the #FightForWynonna campaign gives u hope – hope u can channel into ‘real’ life, to demand better & get what u truly deserve. Because you deserve the best. #E4L https://t.co/FGtJ41tz7y

Please enjoy this Twitter-exclusive quote from my interview with @emtothea about #FightforWynonna and the S4 return of #WynonnaEarp:
“We seek to keep our promises at Wynonna Earp. And I promise the Earpers — I will spend the rest of my life trying to make you proud.” 🤠🥃

This news, along with One Day at a Time‘s renewal, is excellent, and I’m so happy about it. But I’m still peeved that fans for both shows had to do all this work pushing for some of the few shows that do queer representation well to get a renewal. This is a true testament to the power of queer fandom.

Now, here’s to season four, let’s save Waverly and get some more F-bombs.