Sweet Mustache, Bro! These Toads Grow Spikes on Their Lips to Fight and Mate

Most mustaches won't help you fight or mate. These mustaches do both. 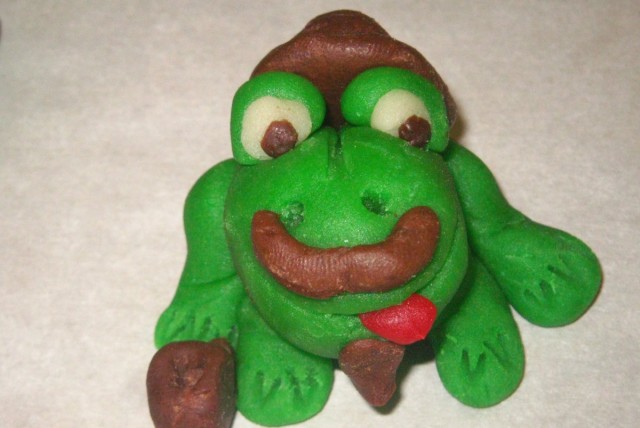 Generally speaking, toads and other amphibians are pretty peaceful. Except for Battletoads. They’re brutal. When they do fight, it’s pretty much just for show. That’s what makes Emei mustache toads unique. They actually fight. That, and the fact that they have mustaches which are what they fight with. My mustache feels so useless right now.

Typically, female amphibians are bigger than their male counterparts, and in species where the opposite is true, it’s because the males fight for female approval. Most species of amphibians might croak a good game, or even wrestle around a bit, but they’re generally not out for blood.

Emei mustache toads, however, use their spiky ‘staches to stab each other in the waters around prime mating sites. Cameron Hudson of the University of Guelph studied these toads, and witnessed seven such fights. He says none of them had lethal results, but that some of the animals suffered puncture wounds.

The spikes only grow out for the February/March mating season, when the male toads try to stake out a claim on a choice rocks in the middle of a stream. After mating season the spikes fall out, presumably because the female frogs make them shave.

Hudson compared the spikes on the toads to sharp pencil leads, which doesn’t sound too threatening, but certainly isn’t something I want someone trying to jam into me. He managed to film some of the fights. We couldn’t get the video from New Scientist to embed properly, but you can watch it here. In the meantime, here’s video of Battletoads which should give you some idea of how all toads fight. Probably.