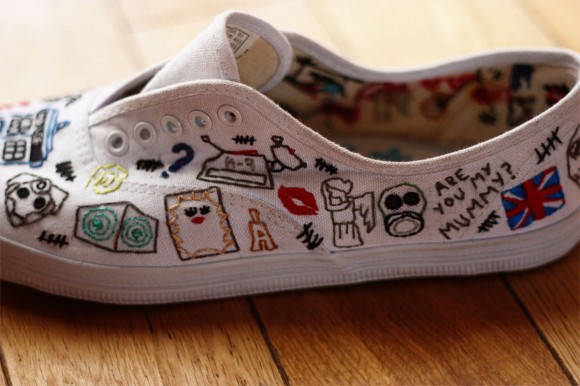 Eclectic Wonderland made these shoes to wear to a convention in which she was planning to meet David Tennant. Check another shot below! 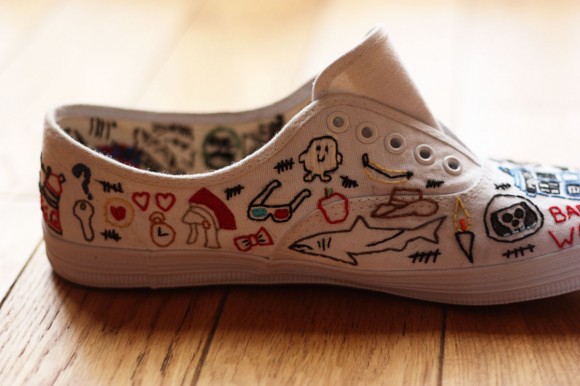 Doctor Who Crafts has even more pictures right here.