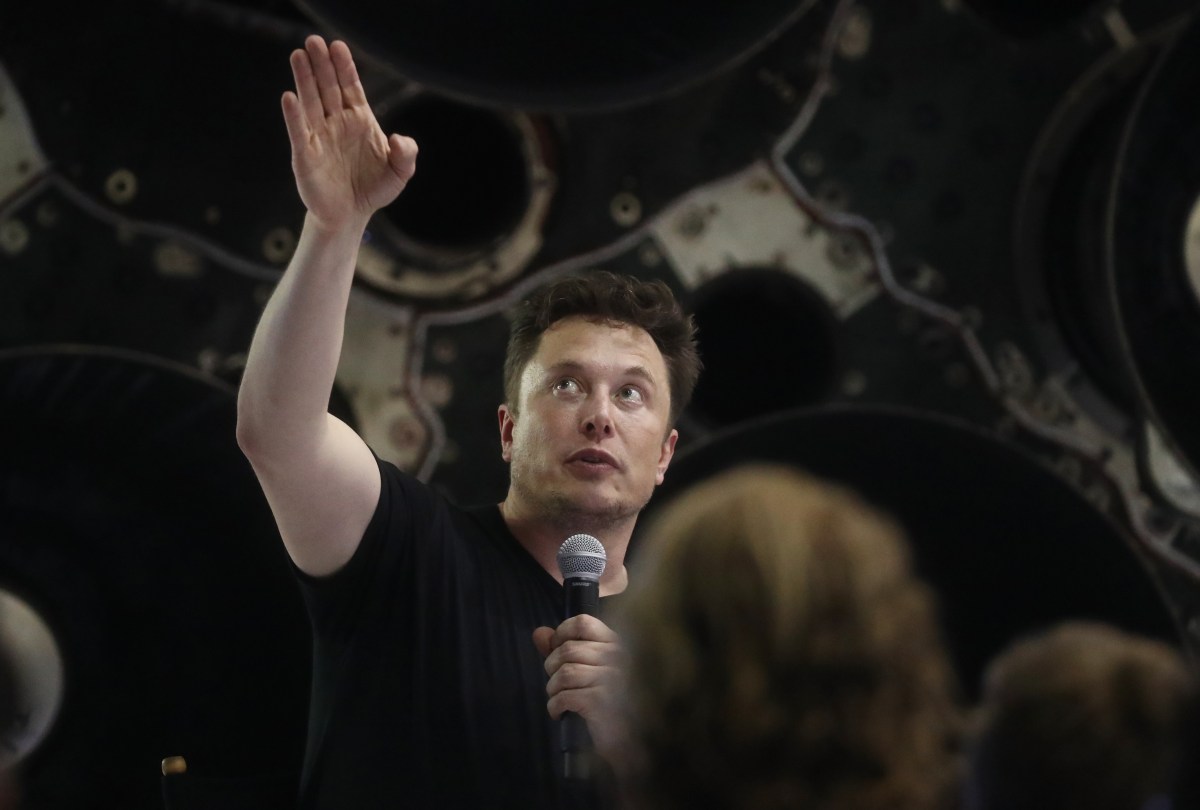 Elon Musk has had QUITE a quarantine. He’s been ranting and raving on social media, he named his newborn son an incomprehensible jumble of words and numbers, and he’s planning to shoot Tom Cruise off into space.

But while Musk may be a multi-billionaire, he is not immune to the COVID-19 pandemic. Musk was forced to close his Tesla factory in Fremont, CA, one of countless businesses that had to close their doors to prevent the spread of the virus. But Musk resisted the closure for as long as possible, and even sent a passive-aggressive email to his workers “allowing” them to stay home while boasting that he would continue working.

Now Musk, who has tweeted that the stay at home orders are “fascist” and has called to “reopen America”, is now attacking the Alameda County Health Department over their refusal to reopen Tesla (or any non-essential business). They added, “It is our collective responsibility to move through the phases of reopening and loosening the restrictions of the shelter-in-place order in the safest way possible, guided by data and science.”

Now give people back their FREEDOM

$TSLA CEO @elonmusk blasts shelter in place orders: “To say that they cannot leave their house and they will be arrested if they do, this is fascist. This is not democratic, this is not freedom, give people back their god damn freedom.”

Tesla is suffering plunging stock prices amidst the pandemic, but guess who else is? EVERYONE. Elon Musk isn’t special, and his company doesn’t get preferential treatment just because he’s rich. Instead, he’s trying to bully the government into reopening his factory, and threatening the livelihoods of over 10,000 people employed at the factory.

Tesla is now suing Alameda County and tying up the judicial system with their baseless demands. In a blog post titled “Getting Back to Work“, they wrote, “We will continue to put people back to work in a safe and responsible manner. However, the County’s position left us no choice but to take legal action to ensure that Tesla and its employees can get back to work. We filed a lawsuit on May 9 asking the court to invalidate the County Orders, to the extent the County claims they prevent Tesla from resuming operations.”

Frankly, this is the final straw. Tesla will now move its HQ and future programs to Texas/Nevada immediately. If we even retain Fremont manufacturing activity at all, it will be dependen on how Tesla is treated in the future. Tesla is the last carmaker left in CA.

The Health Department responded by saying that they were working with Tesla to develop a plan to reopen the factory safely, saying “We look forward to coming to an agreement on an appropriate safety plan very soon.” I wonder how much money Musk is paying his lawyers and how much taxpayer money will be wasted defending Alameda County because of his tantrum. Ugh, Tony Stark would never.

Musk, who is worth nearly $40 billion, has since cut salaries for staff at all levels, and plans to furlough more workers. Meanwhile, due to stipulations in his contract, Musk has unlocked nearly $700 million for himself.