Protect Tom Cruise at all costs. 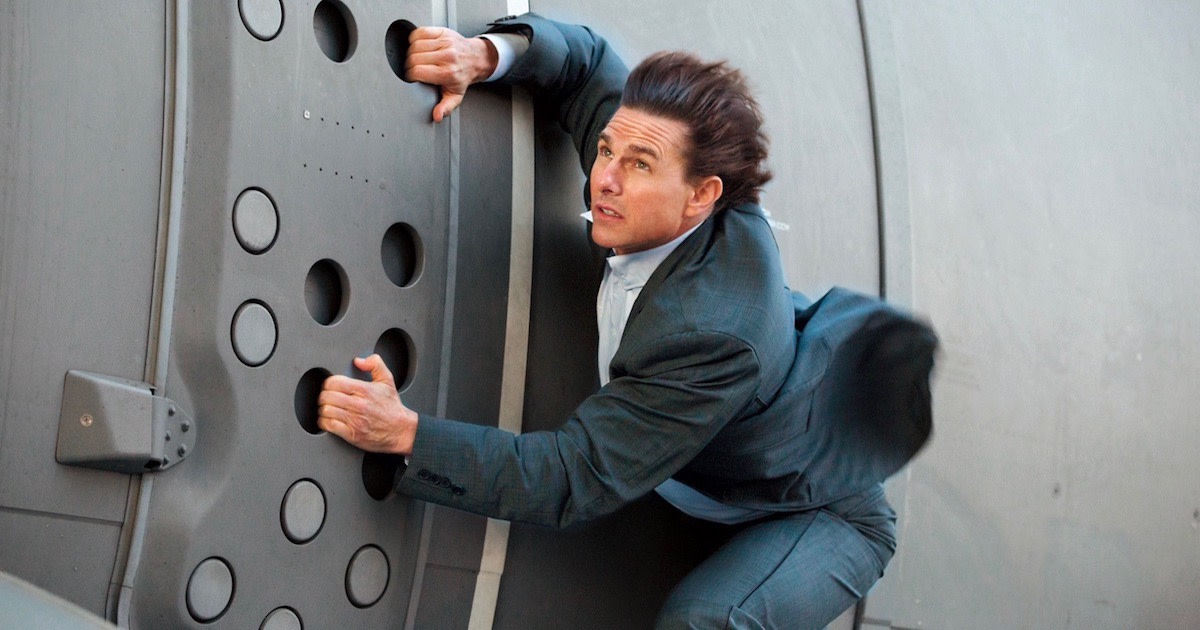 Tom Cruise has made a career out of executing wild and dangerous stunts. Thanks in large part to the Mission: Impossible franchise, audiences have seen Cruise perform such feats as scaling the Burj Khalifa in Dubai, hanging off the side of a jet plane, and performing film’s first HALO jump in the most recent installment of the series.

At nearly 60, Cruise is a finely tuned machine, and fans are wondering just how much further he can push it before age and common sense pull him back down to earth. Welp, that won’t be happening any time soon. Cruise announced that he is working with Elon Musk’s SpaceX and NASA to make the first narrative feature film shot in outer space.

NASA is excited to work with @TomCruise on a film aboard the @Space_Station! We need popular media to inspire a new generation of engineers and scientists to make @NASA’s ambitious plans a reality. pic.twitter.com/CaPwfXtfUv

The film doesn’t have a script yet (or a studio/director/cast attached), and given the industry’s current status it is clearly a long way off from happening. But I, for one, am concerned. To be more specific, I’m concerned that Elon Musk is going to shoot Tom Cruise into space on a Tesla and accidentally kill the world’s last bonafide movie star.

Here’s the thing: Elon Musk, aka Kirkland’s Signature Tony Stark, has a habit of not listening to people like engineers and scientists. He rained down abuse on the divers that rescued the Thai soccer team trapped in those caves. He lost $20 million on the world’s lamest weed joke. He’s been consistently protesting the stay at home orders since the pandemic started. I mean, is there a difference between what Musk and Trump are tweeting?

I also categorically refuse to trust a man who would name his child X Æ A-12 (it’s pronounced “Ralph,” just kidding no one knows), which will doom that kid to a lifetime of confusion and bullying.

And while shooting a film in space is ambitious, has anyone considered the logistics? Movie-making requires a large team of people working together in a variety of capacities. Would all these people have to become astronauts? How do you secure lights and cameras? And how do you run a craft services table in zero gravity? There will be loose red Vines floating into every scene.

All in all, this seems like a lot of work for something that has already been accomplished on Earth. Look at Gravity. Look at 2001: A Space Odyssey. In short, Tom Cruise still has a lot to offer the world. Can anyone bring him back down to Earth? Paul Thomas Anderson, pick up the phone, I’m begging you.

I fully trust Christopher McQuarrie and his crew not to kill Tom Cruise but cannot say the same about Elon Musk https://t.co/I1gdexLjbB

“What was your worst decision during quarantine?”

Me: Ordering chicken and chips for breakfast

Let me fix this for you:
Elon Musk Plots The Murder of Tom Cruise. https://t.co/xL0k2QpTqF

yeah they say this now but it will end up being Atlanta https://t.co/URKjS2ytcP

Tom, just make a sequel to The Mummy. I mean, why not?