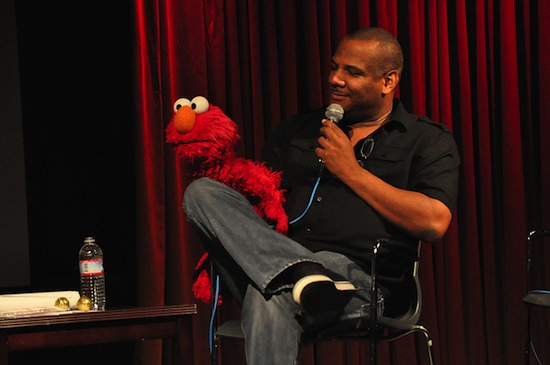 Kevin Clash, the puppeteer behind Elmo, has resigned from Sesame Street after a second man has come forward to accuse him of having a sexual relationship with a minor.

We reported on Clash’s initial accusation and how that accusation was then recanted, but TMZ has reported that a second man, Cecil Singleton, now in his 30s, has come forward to claim he also had a sexual relationship with the puppeteer while Clash was in his 30s and Singleton was just a teen. Singleton has filed a suit and is seeking more than $5 million in damages.

Following the accusations from his second accuser, Clash has apparently resigned from Sesame Street, calling the allegations “a distraction.” We’ll bet.

#Elmo puppeteer Kevin Clash has resigned from “Sesame Street” in the wake of sex allegations: apne.ws/UcYR62

Unfortunately, the controversy surrounding Kevin’s personal life has become a distraction that none of us want, and he has concluded that he can no longer be effective in his job and has resigned from Sesame Street. This is a sad day for Sesame Street.

Meanwhile, Clash’s first accuser, Sheldon Stephens, has since expressed regret over accepting a settlement to withdraw the charges he leveled against the long-time puppeteer and iconic voice of the crimson muppet.

While we’d probably all like this to mark the end of this ugly, childhood-marring story, it’s probably just the beginning, so put on a cup of tea and try and think happy thoughts, everyone.

(via TMZ, image via 92YTribeca)