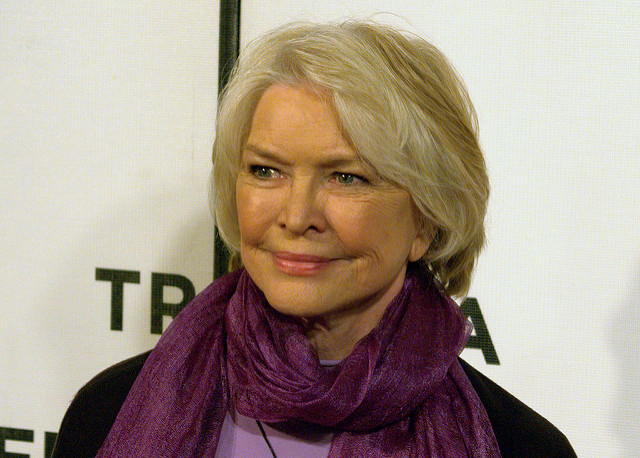 If you don’t know Ellen Burstyn from her Oscar-winning turn in Alice Doesn’t Live Here Anymore, or The Exorcist, you might know her from her more recent roles in 2000’s Requiem For a Dream, or her appearances on shows like Louie and House of Cards. Now, the 84-year-old actress has her sights on a new challenge: directing.
,
According to The Hollywood Reporter, Burstyn is set to make her feature film directing debut with a comedy called Bathing Flo, the story of a guy named Danny who agrees to housesit in exchange for free rent only to discover that an “eccentric” woman named Flo (played by Burstyn) is part of the deal. As described by THR, “As comedy and tragedy ensue, Flo and Danny reluctantly agree to share the apartment and in turn share invaluable life lessons.”

The film is written by actress Lauren Lake, and is based on a true story (and an original draft written by Danny Brocklehurst and Danny Sherman. I’m assuming one of them is the Danny who experienced this story?). Lake also has a role in it, and the rest of the roles are currently being cast with production set to start in New York in the spring.

Burstyn joins a very small club of directors who’ve made their debuts later in life. 80-year-old Eleanor Coppola had her film, Paris Can Wait, debut at the Toronto Film Festival in September, and the record-holding director of 2008’s Dreaming Awake, Takeo Kimura, was 90 when he made that film. If these three don’t make you feel like a slacker, I don’t know what will.

Not only is it awesome to see someone like Burstyn taking this on—a woman who has an Oscar, a Tony, and an Emmy and could very easily rest on her laurels after a long and still thriving acting career—but to see that she’s doing it on a script that values an older female character. Last year, we had a film called Hello, My Name is Doris that was the rare romantic dramedy that starred Sally Field (with a much younger male love interest, no less!), but generally we like to pretend that women stop existing after, say, 50 (unless they’re Meryl Streep). They don’t. Believe it or not, women are capable of remaining interesting and worthy of attention their entire lives. Shocking, I know.

In a place like Hollywood, where youth is paramount and women get so few opportunities to helm studio films, it’s really nice to see someone buck that trend. I’ll be looking forward to seeing Bathing Flo whenever it’s released.