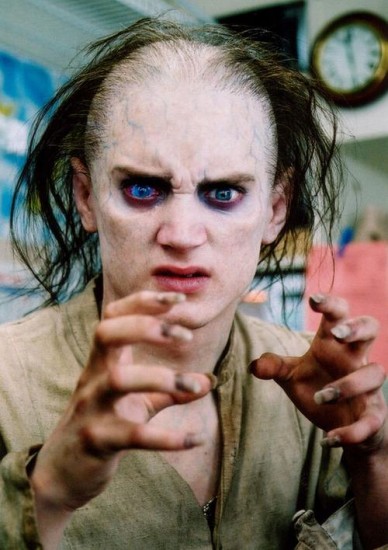 I’m sorry to scare you like this. A test shot has been making the rounds today thanks to a post at ComicBookMovie.com. It depicts actor Elijah Wood in what might have been a scene in Peter Jackson’s The Lord of the Rings. The scene was either never filmed or wound up on the cutting room floor but would have shown us the eventual fate of Frodo had things not gone the way of the good guys which, as it turns out, would have meant Frodo becoming Gollum’s twin.