Elephants Are Just As Smart As Your Baby, Deal With It

Is there anything these majestic creatures can't do? No, don't tell us. 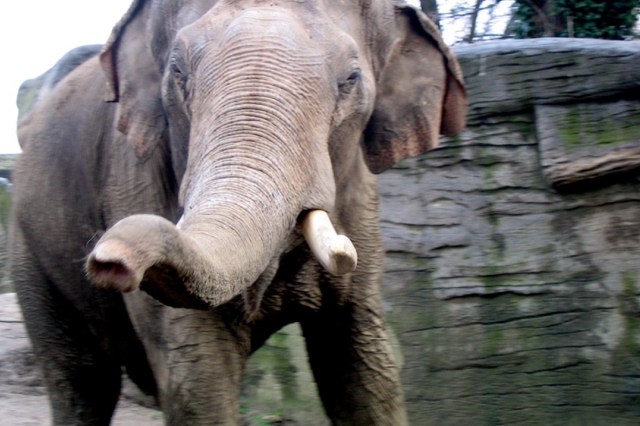 Besides the adage “an elephant never forgets”, you might not know that elephants are just pretty darn smart in general. The most recent finding in the field of elephant cognition places their brains on a seriously human level: they spontaneously understand what pointing means. For real.

St. Andrew University’s Anna Smet and Richard Byrne headed out to Africa, and tested twelve elephants using the “object-choice task”; basically,  they put something delicious in one bin amongst a group of many empty bins, and then pointed to the bin in which the goodies were hidden. Having never before learned the significance of pointing, elephants head right over to the indicated bin and chow down.

What’s interesting about this finding is that it’s super-uncommon in animals. While human babies spontaneously understand what pointing means, not even chimpanzees pass this test with any sort of consistency. Of course, domesticated animals (like dogs, or horses) can be conditioned to understand pointing, but it’s the spontaneous thing that makes elephants so awesome.

“If [the elephants] have learned to follow pointing from their past experiences, it’s mystery when and how,” said Byrne, about the experiment. “Rather, it seems they do it naturally.”

(via Wired, image via domanske)