Welcome to the Periodic Table! Existence of Element 115 Confirmed

Well, that's one less spot on the periodic table that reads "Here there be dragons." 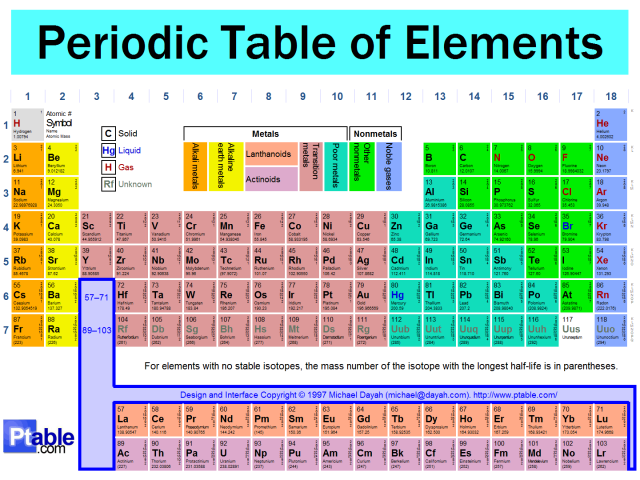 New experiments reported today in the journal Physical Review Letters confirm that researchers have created atoms of a new element. The super heavy element, with an atomic number of 115, has been a subject of interest since Russian researchers saw signs of it a decade ago, though new evidence all but guarantees it a place on the periodic table.

Led by researchers from Lund University, new experiments in Germany’s Center for Heavy Ion Research analyzed X-ray radiation patterns, finding that they dovetail with those that would be expected from element number 115. They may have even created multiple isotopes of the element, which is too unstable to last for more than fractions of a second.

The new element, which currently goes by the temporary name ununpentium — because calling it “unobtainium” would be stupid — will get a real name and claim its birthright on the periodic table only after research on it pases muster with the International Union of Pure and Applied Chemistry, which governs chemical and element nomenclature. If and when it does, it will be in good company, as the elements found on either side of it — Flevorium at atomic number 114 and Livermorium at atomic number 116 — were created in laboratory experiments last year.

Like it’s neighbors, ununpentium doesn’t occur in nature, but that doesn’t keep it from being an element. And as researchers get better at creating super heavy atoms, they creep ever closer to unravelling the secrets of the entire periodic table, which could still host elements that, if they can be made stable, could have properties we haven’t even dreamt of.