Elegant Birch Settlers of Catan Board | The Mary Sue

Elegant Birch Settlers of Catan Board 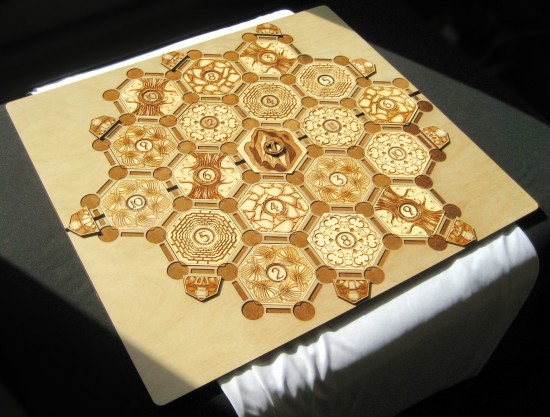 Anyone who has played Settlers of Catan on the actual board, rather than a digital or portable version, knows that the unstable game board is a gateway to unending madness. SJ Brown sought to pretty up Settlers, which happens to also change the game board in such a way that the only kind of madness will be due to owning a settlement in the middle of three high frequency numbers, but rarely getting the dice rolls for any of them.

The board is made of birch, rather than flimsy cardboard that is (never) held in place by some more flimsy cardboard, and is designed to fit the Mayfair 4th edition tiles. The board is sanded, as well as clear-coat varnished for protection from moisture. The board, backed with thick leather, takes on varying levels of sheen depending on the angle of the board, viewer, and light hitting the board. The set includes hexagonal tiles, pips, and ports, and the board measures 21in x 19in and is 6mm deep. Check out SJ Brown’s project over on Kickstarter, and read on below for some more pretty photos of the board. 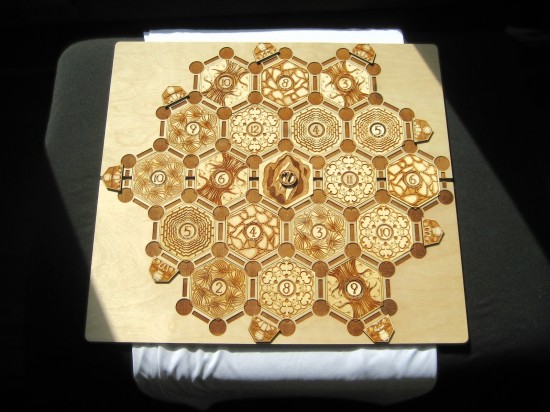 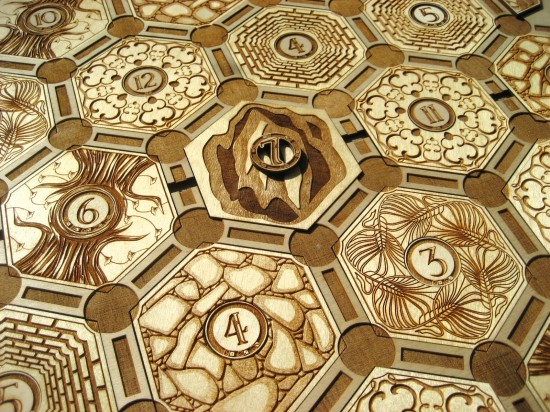 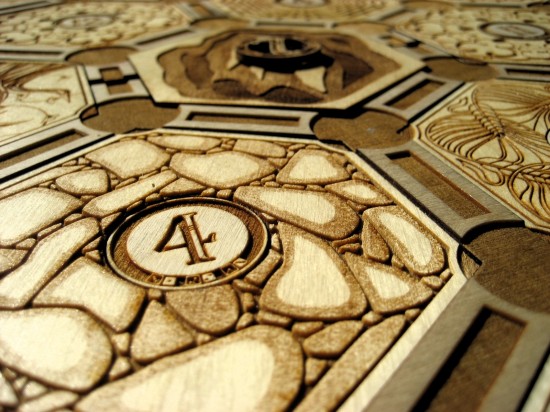 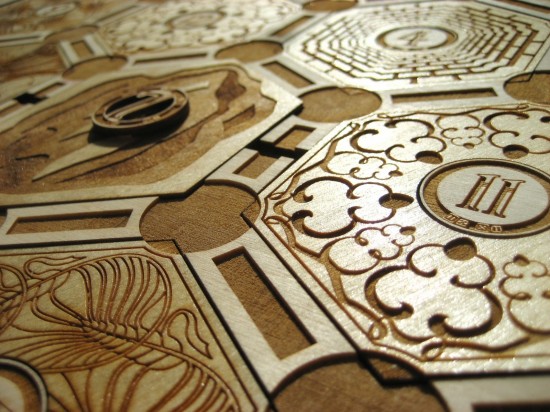 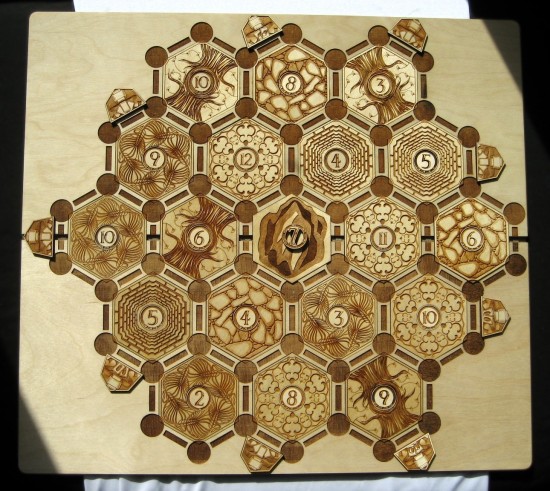 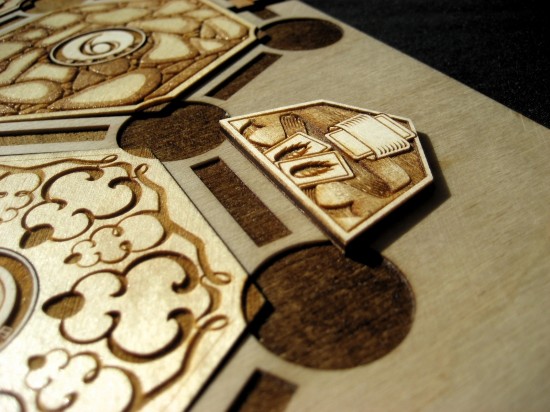