In His Mission to Uncover the Most Perfect Smile, This Man Electrocuted People 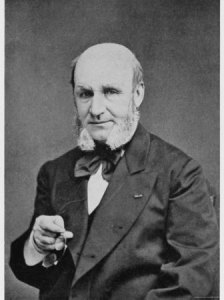 Meet Guillaume Duchenne. Born in 1806, Mr. Duchenne studied neurology when the field of medicine was in its very early days before moving on to specialize in electrophysiology. He was curious about different muscle groups in the body, so in order to garner reactions, he electrocuted people. And then, he became curious about the muscles in the face, particularly the ones used to generate the most congenial smile. So he electrocuted people in the face. I was nice enough to post pictures of those shenanigans after the jump, where you will find a gallery of waking nightmares.

Duchenne was not content to merely discover how electric currents occur in the human body. He wanted to know if the people smiling at him in his everyday life were being genuine about it, and what muscles in the face were used to form a real smile — and which ones were used to form a pleasant facade to cover up total bullshit. So here is what he did: he would isolate muscle groups in the face of a willing participant, stick electrodes to their face, and then zap them with electricity — in their face. But only one half of the face, so he could compare the stimulated muscle and the non-stimulated muscle. And this is what that looked like: 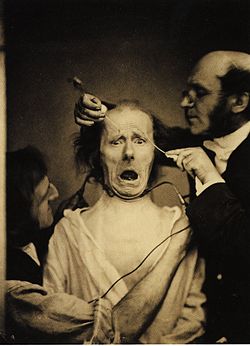 Here he is with another subject. And remember, he is smiling because he was electrocuted. 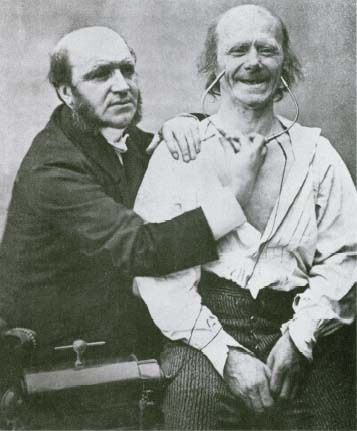 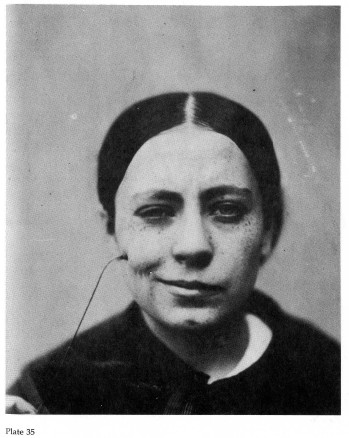 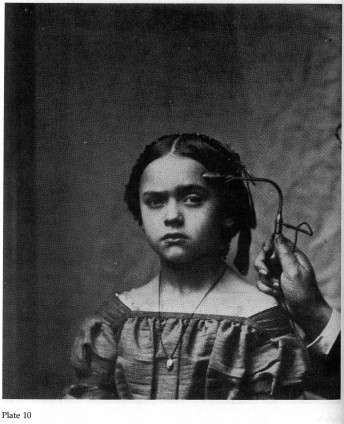 A slideshow of these involuntarily grinning mugs is available for viewing at Scott-Eaton.com, because I’m not going to make you look at this anymore.

Sorry, couldn’t resist. Okay, now back to the actual science involved in this. According to io9, a genuine smile works certain, specific groups of muscles that when used separately, do not produce the same kind of smile:

It’s the result of two different groups of muscles working together. Cheek muscles turn the lips up in a voluntary maneuver that can be faked. But the muscles under your eyes that crinkle the skin to the outer side of each eye are involuntary, and they don’t necessarily start working just because you need to make a good impression at a job interview. Only the two combined really look genuine. When you smile with just your lips, you look like you’re either faking or in pain.

The “Duchenne smile,” however, went on to be studied by scientists who claim that it is still nearly impossible to form such a smile without being truly happy. The vast majority of the population (80 percent) cannot fake such a smile. But those who did have that smile in pictures were proven to have led happier lives:

And they weren’t even electrocuted in the face! Of course, now that it’s two centuries later, Duchenne’s theory has been somewhat disproven, with some people — likely people whose faces are now all over Facebook, Twitter, etc. — being able to replicate the Duchenne smile after all. How will we ever find out if they’re really happy? The world may never know.