Wanna Own The Amazing Spider-Man 2 On Blu(e)-Ray? Because It Comes Packaged In Jamie Foxx’s Head

Wait, where are you all going? 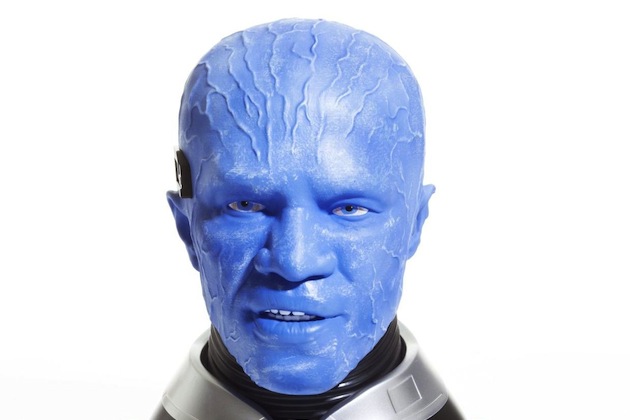 “Hey, you know that Amazing Spider-Man sequel that no one’s particularly excited for and that hasn’t even come out yet?” One Sony executive must have said to another in a marketing meeting. “You know what would be a great idea for the Blu-Ray release? Putting the discs in a giant Uncanny Valley bust of a character who no one cares about.”

“That’s a great idea,” the other Sony exec probably replied. “But just to make sure it’s as creepy as possible, we should make sure that the character is smirking very uncomfortably like he is either about to sneeze, or possibly say something very condescending to you. In fact, perhaps his mouth should be just a little bit open for maximum sneezability.”

“One step ahead of you, my genius friend!” said the first executive. “I’ve already told the production crew to make sure every single one of his teeth is articulated separately and that you can see every pore, vein, and wrinkle in his face and lips.”

“They will be painted as badly as the ones on a bootleg action figure, and the pupils will be placed dead center so that it looks like his gaze is following you everywhere you go.”

“Brilliant! We are going to make so! Much! Money!”

And then they both finished their lines of cocaine and ran a lap around the boardroom before their hearts simultaneously exploded.

Here, have a view from the side because God is dead and human goodness is a lie: 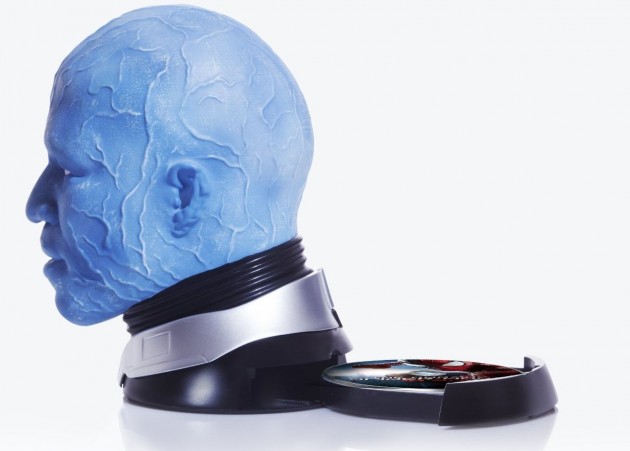 Note:  “Blue-Ray” was originally a typo that we cut from the headline until we realized its immense pun-related potential and put it back in. You’re welcome.