Wait, Why Is Amazing Spider-Man 2 Getting a Post-Credit Sequence from Days of Future Past?

If it doesn't have Nick Fury, then we're not interested. 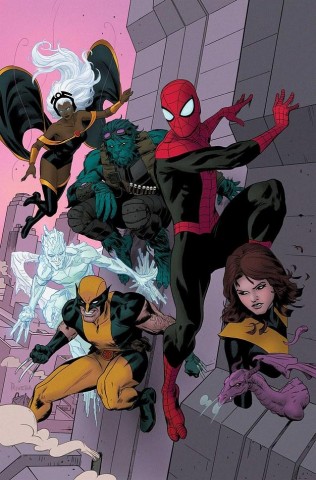 Marvel movies have trained their nerd audiences well; most of us will sit through the entire credit sequence of a film before we even think about getting up to leave the theater. Now it looks like Sony and Fox, AKA the reasons Wolverine and Spider-Man will never get to hang out with Tony Stark, are hoping to capitalize on that training.

But before you get all excited at the possibility of Spidey/X-Men team-ups, cool your mechanical web shooters. The movies still have nothing to do with each other (which is probably for the best, considering that they’re both packed to the literal gills with extraneous villains and supporting characters). Rather, Sony and 20th Century Fox have agreed to enter into a mutually beneficial arrangement with one another that involves playing what’s essentially a post-movie trailer for X-Men: Days of Future Past after the credits for Amazing Spider-Man 2 in both U.S. and U.K. theaters.

This isn’t the first time such an arrangement has taken place between rival movie companies, but to our knowledge, it’s the only time that two non-Marvel movies with Marvel characters have ever done it. If I were excited for either film I’d probably call this a smart move, but since I’m not, it’s more frustrating than anything else. After all, they’re basically rubbing in the fact that while Spider-Man and the X-Men are still stuck in the only vaguely-capable hands of third party distributors, we are missing out on a lot of rich comics-inspired interactions between our favorite superheroes.

Oh well. At the very least, we’ll always have the X-Men Quicksilver to make fun of. 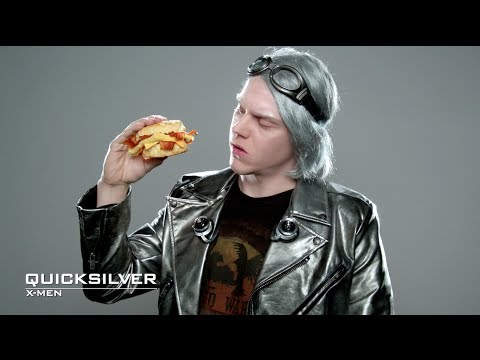 Thank God you’re never gonna end up knockin’ heads with Peter Parker like in the comics. My friendly neighborhood homeboy would eat this version of you alive.

(via Slashfilm, image via Marvel)