Here: Hug Your Own Adorable Eevee Build-A-Bear and Go Back to Sleep Until 2017

What? Eevee is evolving! 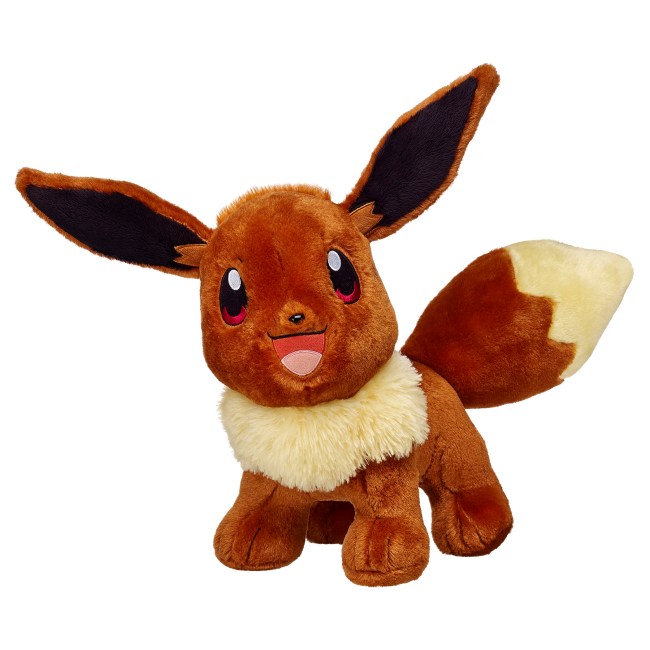 2016 is a terrible year. That doesn’t mean nothing good is happening that you can use to console yourself, though, and you can thank the resurgence of Pokémania for your brand new woobie. Build-A-Bear is introducing a new Pokémon plushy based on one of the world’s most adorable Pokémon: Eevee.

It’s coming to comfort us mercifully soon, too, as it will be available both in-store and online on September 1 (Thursday!) in the U.S., U.K., and Canada. Customization sadly doesn’t include evolving into your favorite “Eeveelution,” but there are different outfit choices: little quadruped pajamas emblazoned with pokéballs or a cape with the faces of Eevee’s evolved forms—both of them have little hoods and are precious.

The plushie by itself costs $28, with an online-only special edition going for $62 and including both outfits, sound, and a stamped trading card that also comes with the standard version. (The PJs are available on their own, but the cape only comes with the special version.) Or, if you prefer a more functional cuddly Pokémon pal, there’s also a non-Build-A-Bear Eevee that doubles as a computer keyboard wrist rest out there waiting for you. Enjoy!

(via IGN, featured image via The Pokémon Company)