Edward Furlong Is Back as John Connor in Terminator: Dark Fate and More SDCC Reveals 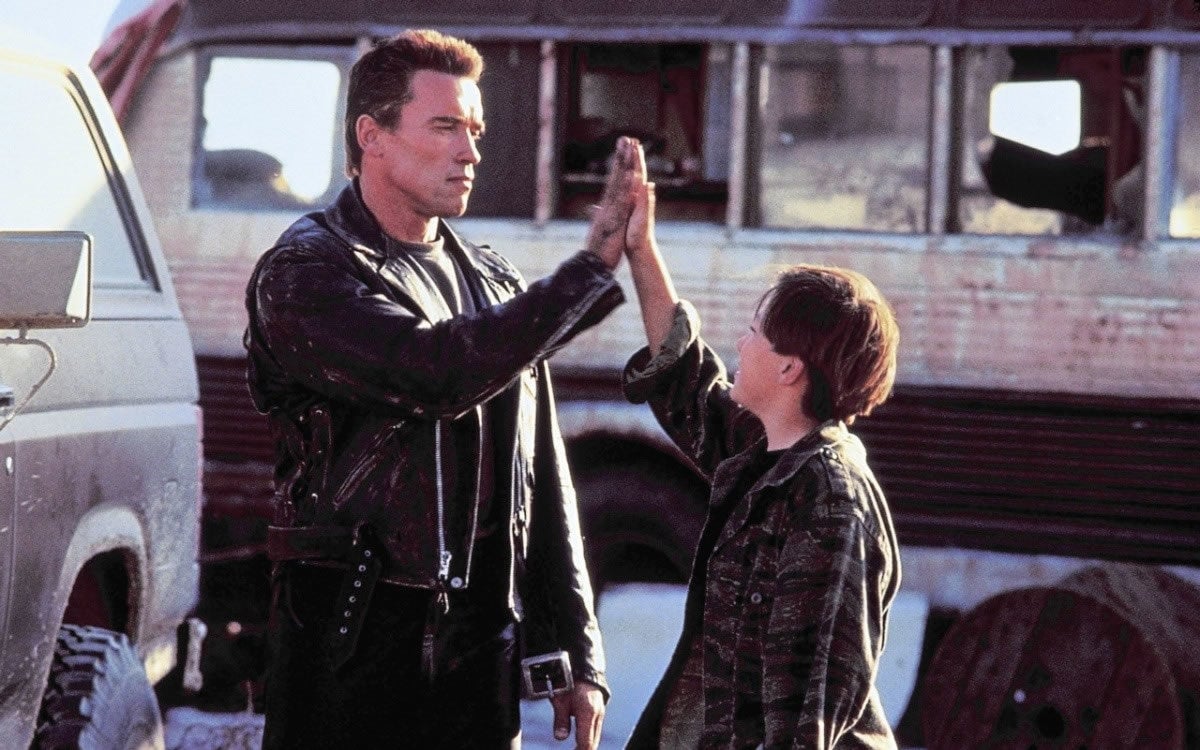 Looks like the Connor family is getting back together: Edward Furlong will be reprising his role as John Connor in the upcoming Terminator: Dark Fate. The news was delivered to the packed crowd in Hall H at San Diego Comic Con in a video message from series creator and Dark Fate producer James Cameron, who is currently in New Zealand working on his Avatar sequels.

Furlong, who returns to his very first role after 27 years, was one of the most promising young actors of the 90s. But like many, he struggled with substance abuse and disappeared from the limelight. There’s no word on whether or not Furlong will be part of the main cast or make a cameo appearance. He was not at SDCC nor has he appeared in any promotional material for the film.

The panel featured director Tim Miller and legends Linda Hamilton and Arnold Schwarzenegger, alongside new cast members Mackenzie Davis, Natalia Reyes, Gabriel Luna, and Diego Boneta. Miller revealed that the film would be rated R like the first two films, with plenty of F-bombs flying throughout the panel. “I had a whole other plan in case it didn’t go R. The thing is the DNA of Terminator is an R-rated fucking movie,” Miller said. Miller also reiterated that there was only one timeline for the film, and that the plot would focus on the fallout from Sarah Connor and T-800 destroying Cyberdyne Systems.

The panel included a sneak peek at an extended scene where Hamilton saves the new cast members from a Terminator. She tells the team, “My name is Sarah Connor. Aug. 29, 1997 was supposed to be judgment day. My son and I stopped that. We changed the future. Saved 3 billion lives. You’re welcome. Since then, I hunt Terminators. Enough of a resume for you?”

Hamilton also discussed her preparation for her role, saying “I worked really hard for a good year, diet and all of that to sort of get trim and get as far into the character as I could physically … But one day I woke up and I go you know what, I can no longer worry about trying to be what I was, because I am so much more than I was.”

As for Schwarzenegger, the film finds his T-800 living alone in a cabin in the woods and going by the name “Carl”. In response, Sarah says, “I’m never gonna fuckin call you Carl,” which was met with laughter and cheers from the audience. Here are some more social media reactions from Hall H:

“Why don’t you just give me the girl?”
“Because we’re not machines, you metal motherf**ker!”
MASSIVE roar after the footage they just showed of #TerminatorDarkFate. Looks badass. Love seeing Linda and Arnold fighting side by side again #sdcc pic.twitter.com/BdB2tt9DCq

Linda Hamilton on what makes Sarah Connor who she is, and how she used her “deepest sorrows” to rediscover the character. #TerminatorDarkFate #SDCC https://t.co/KDqU4UhFIV pic.twitter.com/QQ7qxcwBwA

Arnold Schwarzenegger was constantly quoting himself on the set of #TerminatorDarkFate and yells “Get to the Chopper!” for #SDCC fans https://t.co/vEsaEM2p1v pic.twitter.com/3lzE5TeqU6

Are you at SDCC? Did you make it into Hall H? Let us know what you thought of the Dark Fate panel!