Linda Hamilton on the Glorious Resurrection of Sarah Connor in Terminator: Dark Fate 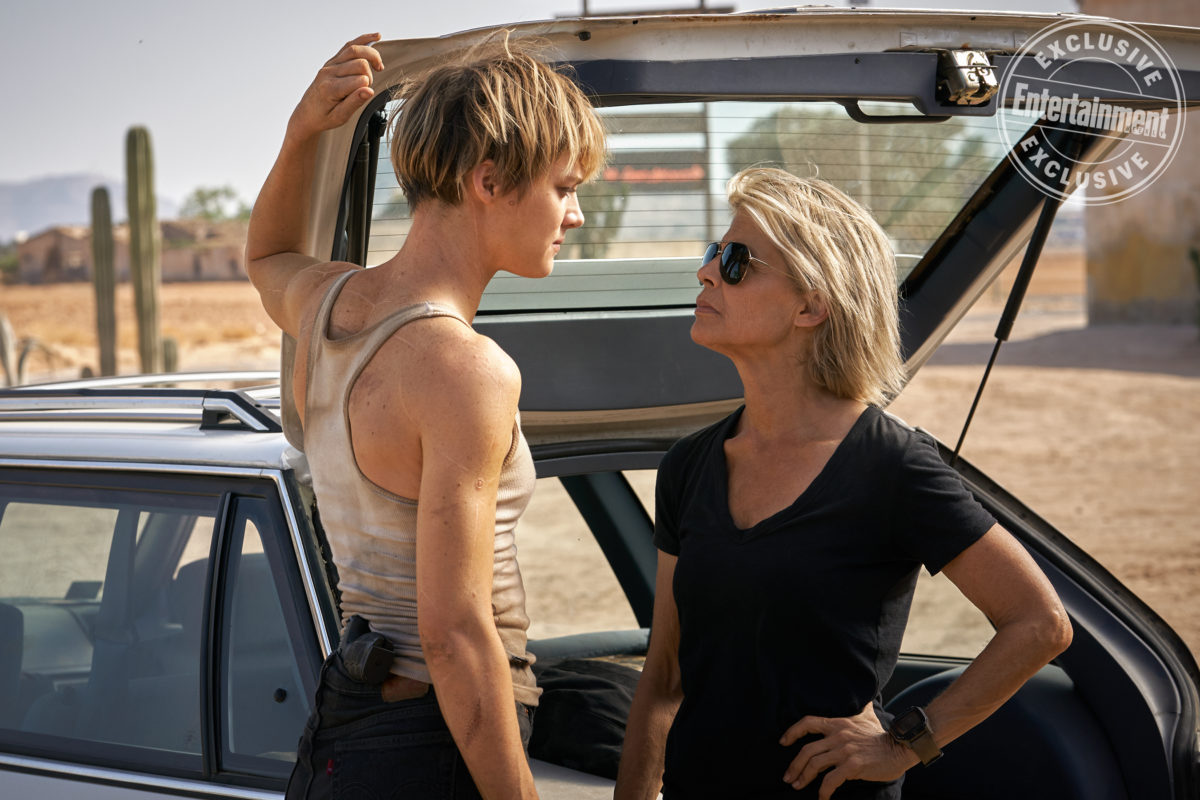 If you’re anything like me, the first teaser trailer for Terminator: Dark Fate made you fangirl the f-ck out. As a child of the 90s and a lover of badass warrior women, there were few as iconic as Linda Hamilton’s Sarah Connor in T2: Judgment Day.

Now, nearly 30 years later, Hamilton is returning to the role in Tim Miller’s upcoming Terminator: Dark Fate. And there’s plenty to be excited about here: Miller proved his inventive action chops with Deadpool, and has claimed of Mackenzie Davis’s character Grace, “If you’re a closet misogynist, she’ll scare the f–k out of you.”

And then of course there’s the retconning of the dismal Terminator sequels, with Dark Fate acting as a direct sequel to Judgment Day. In an interview with Entertainment Weekly, Hamilton and Miller discussed the film and the glorious resurrection of Sarah Connor.

Miller says that his film will deal with the fallout of the climax of Judgment Day, namely the destruction of Cyberdyne Systems and the end of the robot apocalypse. But those actions have consequences, and the new film will focus on those ramifications. Miller said, “when Sarah destroys Cyberdyne, it’s the first thing that happened that hadn’t happened before, and so it was going to change the future — but no one knew how. And I don’t think the movies that came after it really explored that in a clean way like I believe we are, with true consequences, and it makes perfect sense for Sarah to be the one to face those consequences since they were her choices to begin with.”

Hamilton, for her part, never thought she would return to the role, saying, “It was many, many years of just being sure that it was done, that I was done. I kept saying, “Yeah, yeah, if I’m in one now it’s like the geriatrics era.” [Laughs] Which is actually kind of true. I never saw this coming, which made it that much more interesting.”

But according to Hamilton, playing Connor again came at just the right time:

“There is a real gift in that so much time has passed, and that gives me so much more to explore with the character. Sarah Connor is the same person but I wanted to see how the difference in events have changed her and shaped her and send her forward. There was meat there. I didn’t want to just recycle the same idea. It’s a woman who has a different mission, a different story, so I wanted to see what we could do with that.”

She also described the physical and mental challenges of getting back into the head and body of Sarah Connor. Hamilton’s famously ripped physique was unique and groundbreaking at the time, as she was one of the few film heroines with serious muscles. I remember this especially well, as my mother always had pictures of her on the fridge for workout inspiration (was this just my weird family that did this?). Hamilton spent over a year prepping for the role, saying:

“It’s not like riding a bike, I’ll tell you that. [Laughs] Of course, one assumes if you put in the same hard work, you get the same results, so I went straight back into training really hard and it’s like, “Oh my god, you need hormones to put muscle on!” So just starting with the basic cosmetics of the character and all of the things that I had to sort of include in my new reality as Sarah Connor. But, really, it’s about building her backstory and figuring out where she’s been and who she is today.

You have a character but so many things have impacted her in the last 30 years that it was like starting over, and yet, there is an echo of the younger Sarah Connor in everything that I had to create. But no, I worked damn hard. I spent a year-plus training really hard and working on her walk and exploring her deep sorrows and just so many elements, and more so, because there is a path there. By the time we started, I felt ready, but a year-plus before that, I was pretty overwhelmed with a sense of obligation and duty and love for the character, just really trying to make sure that we honored the past and created something new for the future.”