Christopher Eccleston Would Really Like To Be In Heroes Reborn, Please 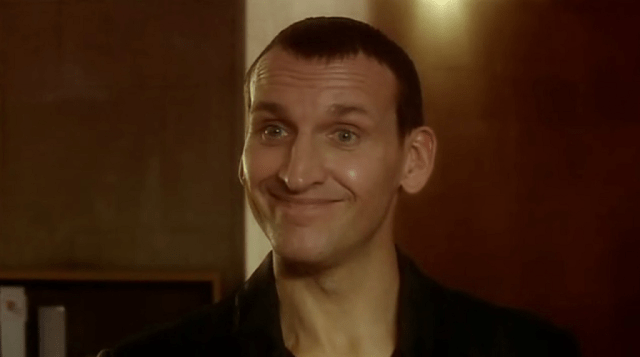 Like so many eclipses and/or Petrelli-based nuclear explosions, Heroes Reborn is fast approaching and there is nothing we can do about it. But you know what would get a lot of us on board with the NBC series reboot? If they brought back Claude Rains, AKA The Invisible Man — AKA Christopher Eccleston. Yeah. that’d do it.

We know that former Heroes stars Milo Ventimiglia and Hayden Panettiere are not so keen on returning to the franchise, which is putting out a new stand-alone miniseries in 2015 that will supposedly have “some familiar faces” in it. But Eccleston is totally on board for a return.

“Of course, yeah, I had a great time on the show!” Eccleston told MTV News at a red carpet event for his new HBO series, The Leftovers. “Yeah. I’d always be interested. That was a great character. I love that guy.”

Sure, easy for you to say, buddy. The invisibility-gifted, fantastically curmudgeon character that Eccleston played was only around for the first and best season of the show. You know, right before it was totally cancelled and definitely never got around to really convoluted plot lines like a completely unbelievable love story between Sylar and Claire, or… that thing about a circus. Yup. Shut down before it’s time, that one. Never had the chance to break my heart. *weep*

Speaking of those familiar faces, maybe this World Cup tweet from the Heroes Reborn twitter account can give us some clues as to what to expect in 2015?

HRG was so upset about the loss that The Haitian had to come erase his memory. #HeroesReborn #WorldCup pic.twitter.com/JYUjBHN59c

… although if you bring Masi Oka back, I will probably watch. Eccleston, too.