Ebay Has Banned The Sale of Magical Items, Now We’ll Fail Potions For Sure 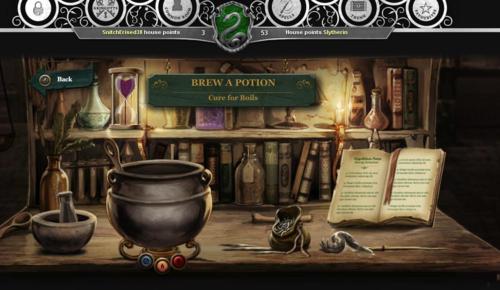 Oh Ebay. You were there for me when I was 12 and able to convince my mother that I absolutely needed a crappy alarm clock with James Marsters’ face on it, and you’re here for me now as I struggle to buy college books and make rent. Unfortunately, it looks like you won’t have my back when I graduate next year and need a spell that will ensure me a well-paying job right out of college: in their 2012 Fall Seller Update, Ebay announced that it will ban all sales of magic potions, charms, and spells effective August 30th.

Here’s the list of all the fun things you’re no longer allowed to buy on Ebay:

So I suppose that this is an effort on Ebay’s part to protect their users, as it’s probably safe to say that if a woman is trying to auction off her soul for a minimum of $2000, she’s probably trying to swindle you. On the other hand, I’m sure a lot of folks make a living off hawking their psychic prowess, which, in my opinion, usually boils down to being empathetic and giving good advice (which is a newly prohibited commodity as well). So what will become of these witches, wizards, and all-around magical folk? According to Ebay, they’ll have until September 1st to sell the rest of their items, after which their listings will be shut down and removed.

So guys, it looks like we’re out of luck when it comes to passing our classes at Hogwarts this year. Oh wait, you mean you don’t pretend that you’re Harry Potter’s other BFF who happens to be totally kicking ass in Divination? Well, in that case…darn, no more work from home business information! All is lost.

(via Jezebel and Mashable.)