E.T. Phones Home Thanks To A Coastguard Body Search In Ocean | The Mary Sue

E.T. Phones Home Thanks To A Coastguard Body Search In The Ocean 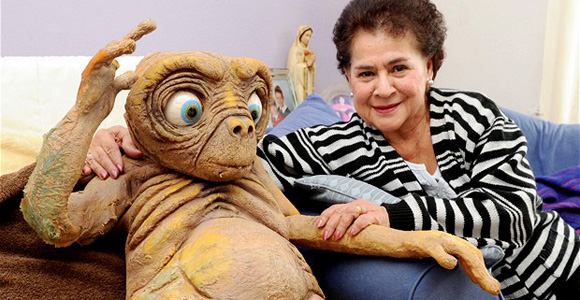 You’re a concerned citizen. You’re walking by the ocean and spot what appears to be a lifeless body floating there. Of course you call emergency services. I bet you’d never imagine this story would have a happy ending, right? It does. The body was actually a life-size E.T. doll stolen last year. It’s been returned to its owner. What is this, I don’t even…

76-year-old Margaret Wells got the surprise of a lifetime when the police contacted her out of the blue. The Telegraph says the unique doll was handcrafted by Wells’ daughter nine years ago as part of a stage make-up course. “It was stolen – along with a haul of jewellery and an iron – from Mrs Wells’ home in Cosham, Hants, in September.” It would up five miles away in Old Portsmouth, Hants.

“A walker dialled 999 after spotting it floating near the shore last Thursday. Police and coastguard attended the scene and quickly realised it was not a human, but the alien model,” writes The Telegraph.

A Coastguard spokeswoman said, “It rolled up on the beach and gave somebody a bit of a fright.”

“There’s only one in the whole of England and that is mine. The police rang and said somebody has found a body in the Solent and it belongs to you – it’s E.T.,” said Wells. “I always knew E.T. would come home.”

E.T. wasn’t too worse for wear, although he did lose one of his fingers in the ordeal. I smell Hollywood working on E.T. 2….