Amazing Look at Earth's Weather and Magnetosphere | The Mary Sue 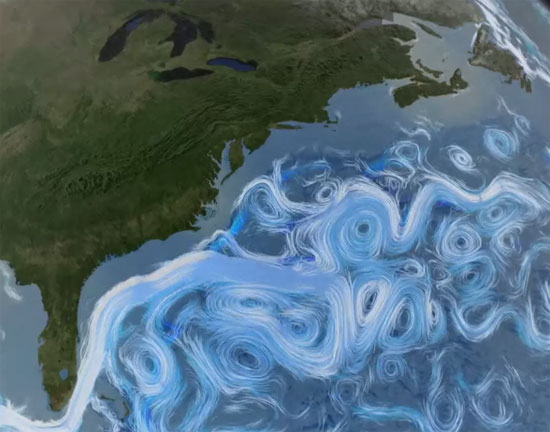 The Earth’s weather system is extremely complex, but it in turn is only a piece of the larger interaction between our sun and its orbiting planets. In a mere four minutes and twenty-six seconds, this video from NASA’s Community Coordinated Modeling Center demonstrates why our magnetosphere is awesome and how the fundamental forces of the Earth actually work. You’ll learn something, so watch it after the break.

Interestingly, the CCMC used several advanced computer models and real data from solar storms to create this video. This means that what you’re seeing is our best understanding of these powerful, largely invisible forces.

What this video doesn’t cover is how the Earth’s magnetic field is created in the first place. It’s all thanks to the interactions between the Earth’s liquid outer core and solid inner core. The molten iron outer core sloshes around, thanks to convection (warmer fluid rising, cooling, and then descending where it is heated again) and the rotation of the Earth. This complex interaction is ultimately responsible for our planet’s magnetic field and is called the geodynamo.