Ms Marvel, Shaft, And Others Nominated for the Dwayne McDuffie Award for Diversity

Look, it's a list of your new favorite comics! 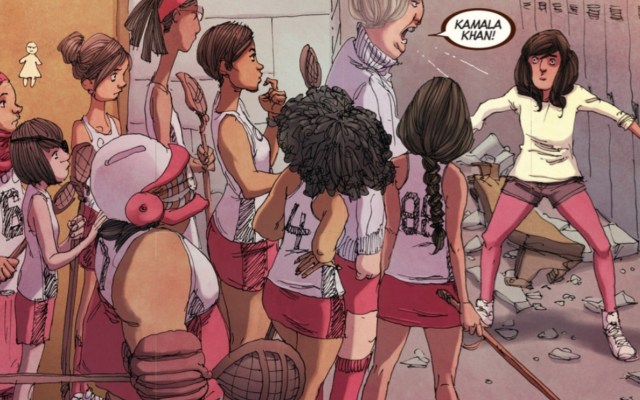 As the mind behind the Static Shock TV series and the writer of over a dozen comic titles, Eisner Award-winning Dwayne McDuffie was an inspiration to many in the industry and a champion of diversity in comics. To honor his legacy, the first ever Dwayne McDuffie Award will soon be awarded to a title that represents inclusiveness and diversity. Believe me, you’re going to want to check these finalists out.

In no particular order, here are the nominees:

The winner will be announced at the first ever Dwayne McDuffie Award for Diversity ceremony as part of Long Beach Comic Expo in California on February 28th. The selection committee boasts some awesome names such as Ben 10‘s Glen Murakami, Bitter Girl creator Joan Hiltry, DC Comics Senior Editor Len Wein, and The Beat‘s Editor in Chief Heidi McDonald, all of whom were close with McDuffie. Black filmmaker and House Party director Reginald Hudlin will be the ceremony’s keynote speaker.

“The nominees for the first ever Dwayne McDuffie Award reflect the best of what a comic book can be,” award director Matt Wayne said in a press release. “These five titles, as different as they are, reflect Dwayne’s aspirations for the comic book industry. They are diverse, inclusive and forward looking.”

So, now for the real question: who do you think should win?