The fault in our dice? 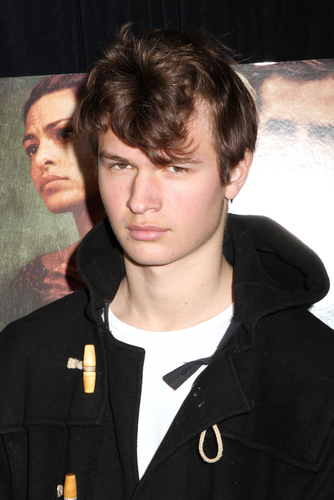 Deadline reports that Ansel Elgort, known for his work in YA adaptations like The Fault in Our Stars and the Divergent franchise, is in early talks to star in Warner Bros.’ Dungeons and Dragons.

I’m probably just too old and crochety to ‘get’ Elgort’s appeal, but I’ve been overwhelmingly underwhelmed by everything I’ve seen from him. Again, I’m a wizened old bat on whom youth culture is lost, but he’s certainly not an actor whose name I’m excited to see attached to this or any project. It also feels like a boring choice to me to cast a white dude in this role—there are already umpteen-million fantasy narratives focused on the journey of a boring white guy, why not explore the Dungeons and Dragons universe through a different perspective?

That representational complaint aside, the adaptation will be directed by Rob Letterman, who recently proved with Goosebumps that he can turn dubious-sounding concepts into fun, charming movies, so who knows.

Deadline also writes that Fast and the Furious star and human street shark Vin Diesel has “expressed interest in being part of the film.” Diesel has been very public about his passion for the tabletop role-playing game, so I would be shocked if he didn’t appear in the movie to some extent, and I wish that he was even being considered for the lead role instead of Elgort.

Dungeons and Dragons will be scripted by David Leslie Johnson (The Conjuring 2). An official release date has yet to be set.

(via io9, image via JStone/Shutterstock.com)