I Love Dune’s Desert Mouse Muad’Dib So Much 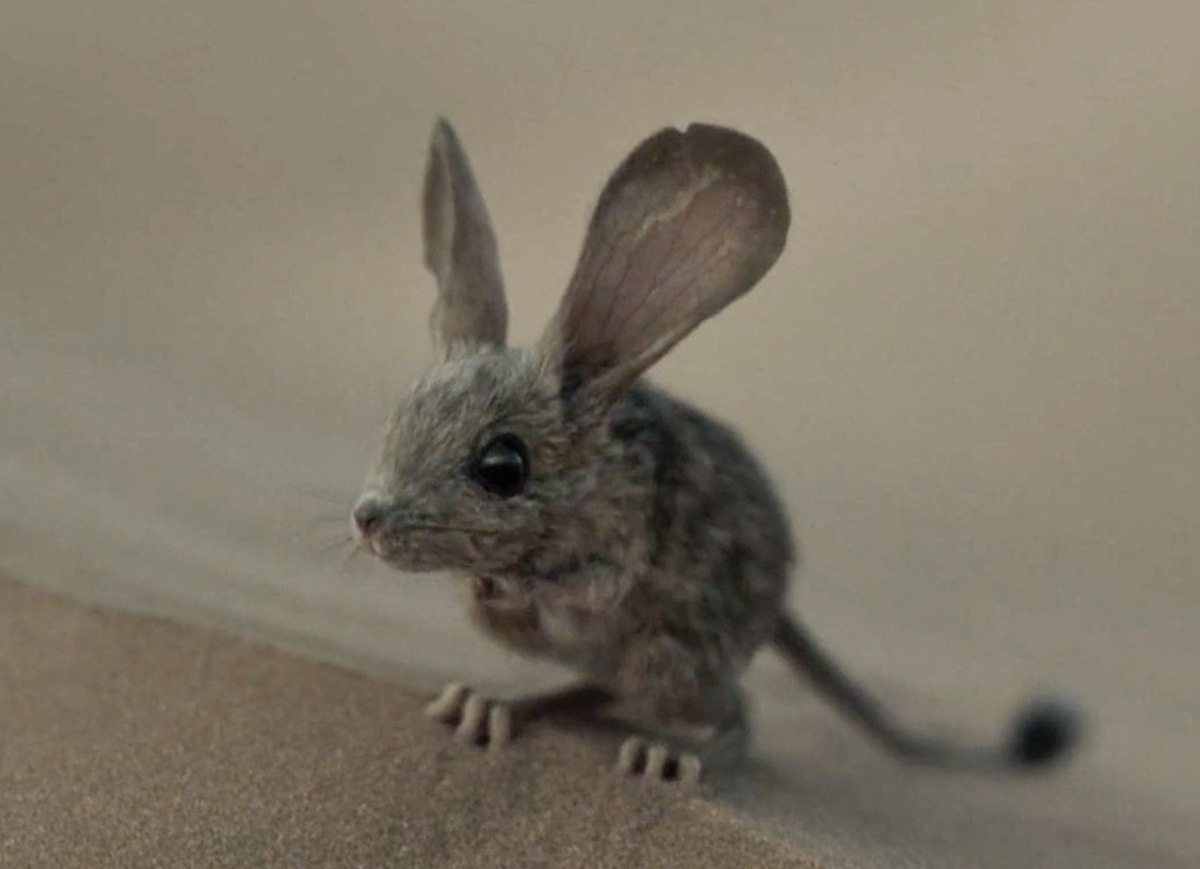 Dune is one of the big franchises of the world that I sadly missed. It wasn’t on my radar before, but now that I’ve seen the Denis Villeneuve film, I’m ready to throw myself into the world of House Atreides and the turn of the Emperor. As our Vivian Kane wrote, you don’t really need to be worried about being confused going into the new movie if you don’t know anything about the Frank Herbert epic book series. What you do need to know, though, is that there is a little mouse that shows up at the end of the movie, and he has taken my entire world in his little hands.

The desert mouse might not be the most important part of Dune, but he was to me. Muad’Dib, the name given to my little guy by the Fremen on Arrakis, is also the name that Paul Atreides eventually takes. (According to the internet. I knew nothing about Dune going into this movie and now I’m invested.) He shows up when Paul (Timothée Chalamet) and his mother, Lady Jessica (Rebecca Ferguson), escape the attack on their home and flee to the desert sands of Arrakis, trying to search for the Fremen for help.

Paul looks at him, and it is love at first sight (in my mind, he probably just saw a mouse and thought “oh fun”). But he’s also barely in this movie and yet has made a name for himself on Twitter. So many came out of seeing Dune and instantly started tweeting about Muad’Dib, and I do not blame them.

My favorite part of #Dune was this mouse creature that catches its own sweat with its ears and then drinks it to maintain hydrated. pic.twitter.com/b7Uf1VfTPR

you: dune was amazing! the complex themes and cinematography of acclaimed director Denis Villeneuve were astonishing

— emmaaargh (this is u screaming because i’m spooky) (@emmadaboutlife) October 24, 2021

“How do you call among you the little mouse, the mouse that jumps?”
“We call that one muad’dib”#Dune pic.twitter.com/bewtKtdT5Z

this is the mouse from dune pic.twitter.com/A5XjFmQ85H

you hurt him, i hurt you #Dune pic.twitter.com/lSwVc0x6y7

who gave muad’dib the right to be so cute 🥲 pic.twitter.com/zO91oAuTSz

“we call that one muad’dib”

I hope that Muad’Dib plays a bigger part in Dune: Part 2 because I just want to see this big-eared little guy hopping around. He’s perfect, and if Villeneuve wanted to give me another nearly three-hour movie just about him? I’d watch it in a heartbeat.