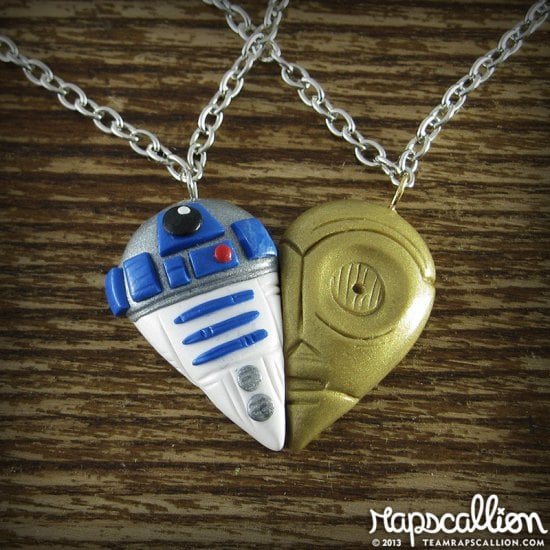 The Etsy shop rapscalliondesign has some pretty adorable creations but perhaps none as cute as this Star Wars best friends necklace duo. Their friendship spans galaxies and trilogies.