Pregnant Woman Takes Driving Test, Passes It, While In Labor 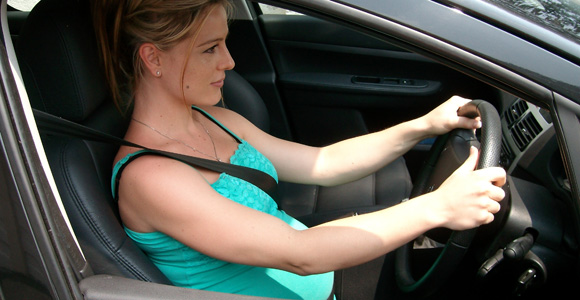 You know the old adage that says women are bad drivers? I don’t think anyone could say that after hearing this story. Twenty-year-old Eva French really, really wanted to make sure she had a drivers license before her baby was born so even though her water broke the morning of her test, she went ahead with it anyway.

Sounds a little crazy and yeah, it probably was a terrible idea, but French was determined to pass her drivers test after failing it five months earlier. The Scottish woman wasn’t due for another month yet and refused to change her mind after her partner and mother told her to cancel the appointment.

“I had to do it because I knew, if I didn’t, I wouldn’t have another chance until the baby was a little older,” said French, “So, I didn’t tell my instructor or the examiner what was happening and just got on with it.”

French experienced four contractions during her road test and wound up scoring a 10 out of 16. What did she do next? She drove herself to the hospital of course! Legally. She birthed a baby girl she named Eva after six more hours of labor.