So then heavy alcohol consumption leads to immortality? That's how that works, right? 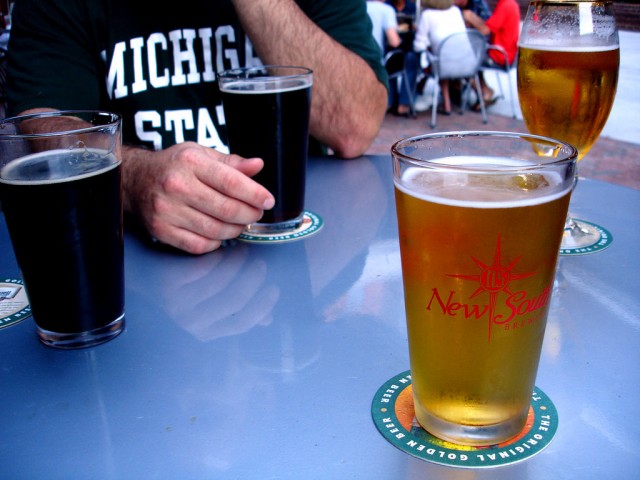 Cheers! A new study published in Alcoholism: Clinical and Experimental Research suggests that drinking may help you live longer! Don’t get too excited. It seems that only moderate drinking has this effect, so you can’t just start chugging grain alcohol to become immortal. Yeah, we were disappointed, too.

Still, a healthy regimen of 1 to 3 drinks per day being proven not only safe but potentially beneficial to health is pretty good news. A dedicated team lead by Charles Holahan, a University of Texas psychologist, observed over 1,000 participants (aged 55 to 65) in their study over a 20 year period, and found that while 60% of heavy drinkers and 69% of non-drinkers died during that period, only 41% of the moderate drinkers did.

Of course, a study like this always has to account for other factors in the lives of the participants, especially when alcohol consumption is often connected to other factors in a person’s life. Still, Holahan’s team is confident that these other factors were mitigated as much as possible, and the data shows significant enough difference between the groups to draw a conclusion.

They noted in the study’s results:

However, even after adjusting for all covariates, abstainers and heavy drinkers continued to show increased mortality risks of 51 per cent and 45 per cent, respectively, compared to moderate drinkers.

Even after taking account of traditional and non-traditional covariates, moderate alcohol consumption continued to show a beneficial effect in predicting mortality risk.

So, you know, thanks, science. We love you sooooo much. You’re like… like our best friend. What? No, we’re not drunk. You’re drunk, science. Let’s start a band!

Now we just need a study that says playing video games will help us live longer, and our weekend plans will be validated.

(via The Independent, image via Lisa Bunchofpants)