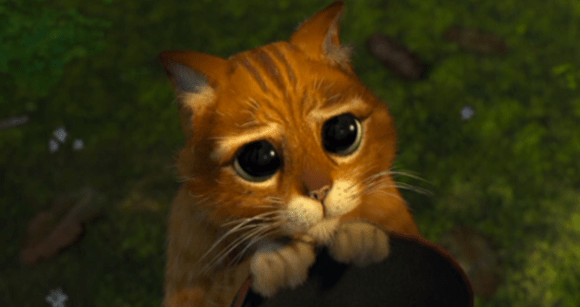 For those of us in the Northeast, our fandom-based pleasures are often woefully far away — Comic-Con is in San Diego, Disney is based in both California and smack dab in the middle of Florida, with Universal’s Marvel Island right along side it. But now, with any luck, DreamWorks animation may answer our prayers for a closer source of franchise-based amusement  with their plans to build a new theme park in East Rutherford, New Jersey. Who’s ready for a Puss In Boots ride?

According to the Hollywood Reporter, DreamWorks Animation SKG and Triple Five, Canada-based developer that operates the giant Mall of America in Minnesota, announced plans for a theme park not far from the MetLife Stadium, home of the New York Giants and New York Jets, and where the 2014 Super Bowl is scheduled to be played. The theme park, tentatively titled American Dream, will be built in a long-abandoned, dilapidated shopping mall.

Citing concerns that the traffic to the park would interfere with the 2014 Super Bowl, around the time the attraction will open, both the Jets and the Giants filed a lawsuit in June seeking an injunction to stop the project. They hope to end the theme park on the basis that the addition of a major attraction to the area would violate their lease, which gives them veto power over any major expansion plans. However, the New Jersey State Department of Transportation has already given its tentative blessing for the project, apparently unconcerned with any potential traffic issues. The judge overseeing their claim has  yet to rule in either direction.

While the project isn’t exactly funded yet, Triple Five claims it will have the $1.75 billion needed to open the park by October, placing the park’s opening date sometime in November of 2014. According to Comcast, the project has already received about $1.2 billion worth of subsidies, tax breaks and exceptions, in addition to a potential earning of $200 million in public funds.

The park projects that it will attract about 55 million visitors annually by blending “DreamWorks Animation characters, storytelling and technology into a unique and innovative family entertainment experience.”

So, assuming New York football doesn’t quash this 30,000 parking-spot-large theme park, what characters and rides would you like to see at American Dream? If there is a Kung Fu Panda themed roller coaster, sign me right up for opening day tickets!

(via The Hollywood Reporter and Comcast.)