Dream Daddy Creators Know You’re Bummed You Can’t End Up With All the Dads, But They Have a Really Good Reason for That 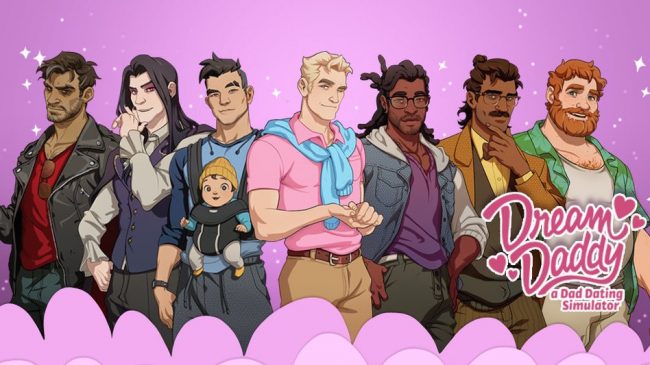 Warning: Spoilers for Dream Daddy ahead!

Have you played Dream Daddy yet? Did you get your fantasy ending with the dad of your dreams? Depending on which dad you chose for that third date, maybe you didn’t.

If you’re not familiar (WHAT ARE YOU DOING WITH YOUR TIME?), Dream Daddy is a new dating sim wherein you play a suburban widower dad, raising your teenage daughter while also trying to romance other neighborhood dads. It is delightful.

As you meet the date the other dads, your dates are scored on a number of compatibility elements (puns are very important), until you finally pick one dad to commit to with a third date. For all the characters–your daughter, Amanda, included–there are the typical “good” endings and “bad endings” you would expect: i.e. winning and losing the game. But a number of players were disappointed that if they chose to pursue Joseph, the neighborhood youth minister, not even the “good” ending lets you end up together. Even if you do everything right, and find yourselves ultimately compatible, you don’t get more than one night on a yacht.

And that’s because of all the dads, Joseph is the only one who isn’t single. And even though he and his wife are clearly unhappy, the game’s creators, Leighton Grey and Vernon Shaw, say they didn’t want to force the player character to contribute to ending a marriage. (Apparently, you also can’t get a “good” ending with bad-boy Robert, but I haven’t played through to find out because I really can’t stand that guy.)

Grey told Kotaku she was surprised that so many people were so upset by how things end up with Joseph. (And that’s not even counting that weird alternate murder cult ending some players found in the games source code.) “I’m surprised,” she said, “because I thought the discourse about that path would be like, ‘This feels morally dubious and bad,’ because you’re essentially trying to break up a marriage. I’m surprised that so many people have been like, ‘Why can’t we be together?'”

By not allowing the player character to end up with every dad, Grey and Shaw are tossing the entire notion of good and bad endings on their head. Personally, I liked Joseph’s ending, but I have to admit I felt the occasional pang of irritation as I played when I didn’t get the reaction from a dad I thought I deserved. When given the choice between two puns, for example, with no apparent difference in their intentions, a dad would throw out hearts to one and those ominous dark reaction spots to another. But Dream Daddy is committed to providing a thoroughly honest experience, and that means not being able to always win. And when that’s the case, the very idea of “deserving” affection feels pretty icky.

As Shaw puts it, “It shouldn’t necessarily be about ‘woo-hoo-ing’ everybody. Saying exactly what somebody wants to hear until they kiss you is what a sociopath does.”