Dragon Age II Will Exist, but Will it Get Any Better? 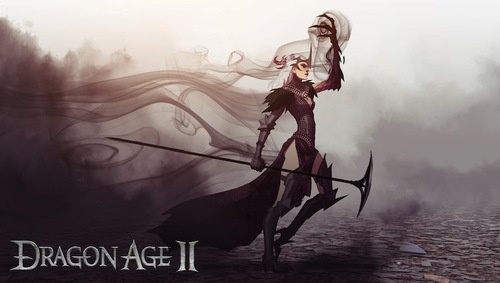 Today it was announced that Dragon Age II is going to happen, and while people are generally happy, nobody is surprised by that news. But as we get into the specifics of the sequel, there may be some room for astonishment. Nothing is displayed in detail, of course, but it seems like almost every aspect of the game is getting at least a bit of a reboot.

The game’s official website, which has now launched, has some details that go over just how big the changes are going to be between Origins and the upcoming sequel.

* Embark upon an all-new adventure that takes place across an entire decade and shapes itself around every decision you make.
* Determine your rise to power from a destitute refugee to the revered champion of the land.
* Think like a general and fight like a Spartan with dynamic new combat mechanics that put you right in the heart of battle whether you are a mage, rogue, or warrior.
* Go deeper into the world of Dragon Age with an entirely new cinematic experience that grabs hold of you from the beginning and never lets go.
* Discover a whole realm rendered in stunning detail with updated graphics and a new visual style.

The first one is pretty spectacular in terms of scope, but it’s not a huge change or anything. The second is about as stale a gaming plot as you can get, but I’m sure it will be done well.

The third is probably the biggest deal. “New combat mechanics” is really vague, but as someone who was a little bored with combat in the original game, and played it in both camera modes on a PC, I’m looking forward to seeing what they do with it. Something that makes it all a bit more exciting and real would definitely be great. Especially for us mage-types.

The fourth is just confusing. What is a new cinematic experience for a game? Are they just saying the plot will be good? If they’re saying “there will be many more cinematics,” consider that bad news. But I doubt that’s what they’re going for.

And then there’s the fifth and final new detail. Updated graphics is always assumed, but how new of a visual style are we getting? Well, we’ll have to just wait and see, but more should show up here in the coming months. The release date for the game is rumored to be February 1, 2011.