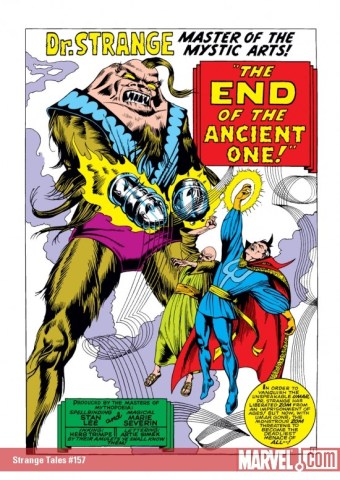 I have a bad case of Cumberbatch Fatigue. It’s due in part to his inexplicable omnipresence in all my favorite genre fiction, but mostly to his unimpressive turn as a white-washed Khan in Star Trek: Into Darkness. I’m not here to squeal with fannish excitement about his upcoming starring role in Dr. Strange. I’m here to grumpy-cat my way through the news about his equally clueless cast-mates.

Speaking of whitewashing, Tilda Swinton’s casting as The Ancient One in Dr. Strange will be yet another example of it, given that the Ancient One’s meant to be a Tibetan monk. Much praise has been heaped upon the “gender-bent” casting; The Guardian‘s recent profile of Swinton makes mention of the fact that “she doesn’t yet know if she will play the part as a man or a woman.” It’s hard for me to feel excited about that aspect when it doesn’t sound like anyone behind this film has considered the broader negative implications of Swinton accepting this role, including Swinton herself. The Guardian‘s piece opens with a reference to this quote from Swinton:

The thing that keeps me being a performer is my interest in society’s obsession with identity, because I’m not sure that I really believe identity exists.

This sounds like a really “fun” thought exercise for a white actor who doesn’t understand the privileges that Hollywood has accorded them. Barfsville.

In slightly-less-irritating news, Rachel McAdams is in talks to join the Dr. Strange cast; rumor has it that the role she’s up for could be Night Nurse.

That’s cool, but in discussing her hopes for the role, McAdams shared some other graphic novel adaptations she’d love to see on the silver screen, citing Black Orchid as a favorite of hers, as well as the works of Neil Gaiman. I wonder if she knows that Sandman‘s cissexist elements make it a real tough read?

Yeah, that’s right. I did tell you I would be grumpy.

(via The Guardian and Comic Book Resources, images via Hooded Utilitarian and Hollywood Reporter)