Dr. Luke Is Still Suing Kesha For Defamation, Because We Live in a Patriarchal Hellhole 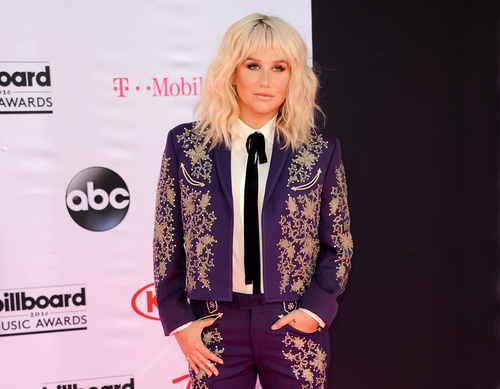 Kesha’s former producer, Lukasz “Dr. Luke” Gottwald, has sued her for defamation, after Sony finally removed him as the CEO of Kemosabe Records. Kesha had to endure a protracted legal battle to free herself from her contract with Gottwald, after being allegedly raped by him and subjected to years of alleged abuse. This battle involved a judge telling her Gottwald’s (alleged) rape and abuse were “foreseeable,” stipulations preventing her from making music outside his company, and a brutal offer to free her from the contract only if she withdrew her rape and abuse allegations.

But now Gottwald is coming after Kesha for even daring to accuse him, because we live in a nightmarescape where a man’s “potential” and “career” are always more important than a woman’s autonomy and dignity. Gottwald first sued Kesha’s mother for defamation in 2014 and 2016 before dropping the suits, and since that didn’t work, now he’s coming after the singer herself. This lawsuit is fucking grotesque.

Gottwald’s legal team is also making this as sensationalist and invasive as possible. His lawyers have repeatedly subpoenaed text messages between Kesha and her friend and supporter Lady Gaga. According to Page Six, Gaga has turned over a series of text messages, with the non-relevant texts redacted, as well as a written statement. However, Gottwald’s team is demanding all of the texts and a sit-down interview deposition. Gaga isn’t having it.

“As Lady Gaga‘s legal team will present to the court,” her legal team said in a statement, “she has provided all of the relevant information in her possession and is at most an ancillary witness in this process. Dr. Luke’s team is attempting to manipulate the truth and draw press attention to their case by exaggerating Lady Gaga‘s role and falsely accusing her of dodging reasonable requests.”

I find this lawsuit particularly disgusting because it won’t accomplish what Gottwald is pretending to want. “I was accused of raping and abusing a woman, so I tried to force her to make music with me and then sued her for daring to accuse me” is not a story which would ever make a company want to work with you again. If this is about lost work and lost reputation in the music industry, being a bullying, litigious garbage person who’s now pissed off a Billboard mainstay like Lady Gaga isn’t going to fix that. If anything, it makes you more toxic to potential employers. What it will achieve, however, is making your victim feel powerless and humiliated all over again. And that’s the real point of this lawsuit, isn’t it?

(Via MTV News and Variety; image via Shutterstock)