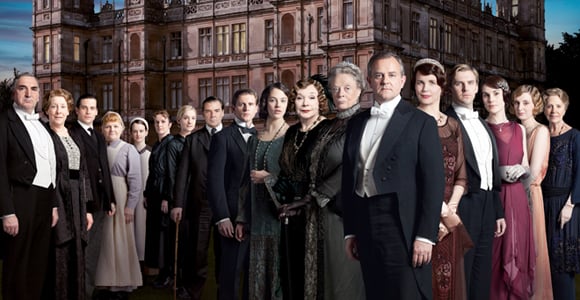 The United States had to wait what felt like an excruciatingly long time to see Season 3 of Downton Abbey but boy, did we show up in style. The English drama not only had a record number of viewers on PBS, it demolished last season’s premiere, and it was second only to CBS in its time slot for the night.

Downton Abbey has often been compared to a drug for how addictive it is, and while it’s not for everyone, these new figures certainly show its market is growing exponentially in the U.S.

“Downton Abbey‘s growth comes after spending nearly a year off of U.S. airwaves, though that time saw the period soap burrow into pop culture and nab even more love from the Emmys, Golden Globes and Screen Actors Guild Awards,” writes The Hollywood Reporter.

Get this. Viewership was up a whopping 96% from the premiere of Season 2 with the two-hour premiere sitting at 7.9 million viewers Sunday night. PBS said the numbers quadrupled their average primetime showing and the only network that beat them was CBS with their episodes of The Good Wife and The Mentalist airing at the same time. These numbers do not include DVR viewing from the days following.

PBS president and CEO Paula Kerger said, “Downton Abbey continues to enthrall audiences nationwide, and this season is especially riveting with the addition of Shirley MacLaine to the cast and the lively interaction between her and Maggie Smith. I’m so pleased that audiences have returned to Downton Abbey on their local stations to continue to enjoy some of the best drama on television.”

I know why I love it, but what do you think has made Downton Abbey standout?