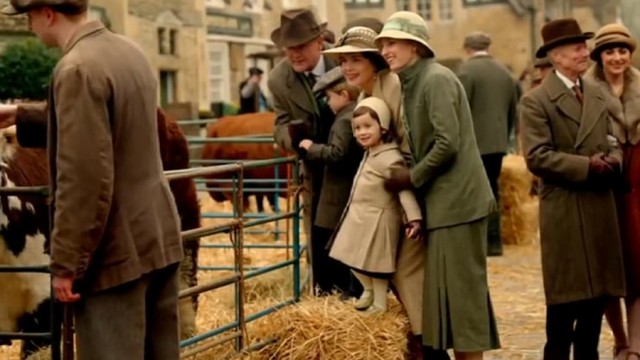 Episode two finds Lady Mary delving into her latest venture: piggies (which was rather topical when the episode aired in the UK, the same week as Cameron’s #Piggate).

Two sentences uttered in this episode regarding pigs—which should never be heard again in any context—are: “Do you want to go see Lady Mary show off her pigs?” and, “Let me discuss it with our pig man.”

Now that she’s been saddled with some actual responsibility, she must exercise her bemused glares not just in the comfort of her own home, but in the village as well.

Meanwhile, Carson and Mrs. Hughes are finally settled on a date for their marriage—a mere formality at this point, as they are an old married couple if there ever was one, what with their smarmy banter, late-night sherries, and side-long glances in the servants’ hall. However, they have not reached an agreement about where the reception is going to be held.

Carson believes in style and show! and thinks they ought not deprive the Crawleys of throwing them a reception in the Grand-Ass Hall, but Mrs. Hughes was sort of hoping to maybe LEAVE HER PLACE OF EMPLOYMENT for FIVE BLOODY SECONDS on her wedding day.

Hell, even if it’s just pigs-in-a-blanket at the Curling Club, it’d be better than partying at her job. She meekly suggests the schoolhouse as a respectable alternative, which causes Carson to make a vaguely offended, pufferfish face.

Back at Downton, Thomas is sighing loudly at every possible occasion, lamenting the fall of the under butler and smoking himself into a plume of angst-ridden, brooding hopelessness. It’s not very effective on anyone but me and Miss Baxter, who would—if she were a YouTuber—make a Leave Thomas Alone! video. 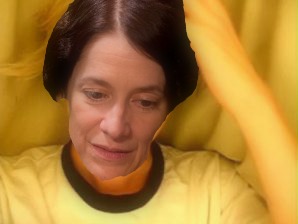 His agony is only furthered by a particularly terse exchange with Carson, who really ought to be in a better mood seeing as how he’s soon to finally get his jimmies rustled.

Carson has, in the past, made a show of his distaste at “how Thomas is” (read: gay). So, you’d think if he really had a problem with Thomas, he’d just fire him. But nooooo. Thomas attempts to shrug off the curtness and, we can only imagine, misses the presence of Miss O’Brien, who no doubt would have had a scathing plan to spike the punch at Carson’s wedding.

Daisy and Mrs. Patmore continue to develop their mother-daughter relationship, which at first felt like a stretch, but now that Daisy is woke AF about social issues and mouthing off accordingly, it seems perfectly logical that they’d strike up such a push-pull friendship/mentorship.

Woke!Daisy is hoping to be able to sit for her teaching exams, which sparks Mr. Molesley’s interest, because he too is whip-smart and would have liked to have been a teacher rather than a … well, whatever he is.

He becomes her temporary father-figure, advocating for her at the village school having whilst having fantasies of himself in Dead Poets Society. After all this, however, he returns with practice exams and bursting enthusiasm only to find that Daisy’s been put off her education for the time being, because her actual father-in-law is having a proper emotional upheaval, and she must attend him.

Molesley retreats into his O Captain! My Captain! dreamscape.

There’s some kind of kerfuffle about The Hospital, and it has driven a rather unattractive wedge between our OTP, Violet and Isobel. Even more worrisome is that Dr. Clarkson has more or less sided with Violet—a boner killer if there ever was one, thereby dashing hopes that Richobel will become canon in the final season.

(Anyone else remember when Isobel went full M*A*S*H on that guy with fluid around his heart in season one, and Dr. Clarkson got a big ol’ medical hard-on for her? They’re perfect for each other. C’mon, Fellowes. You’re killing me here.)

When it comes to balls, it’s Edith who seems to have the stones to Get Shit Done. Her editor at The Sketch is being the worst, and she decides that she SIMPLY MUST to go into London to correct his misogyny in person rather than over the telephone. Sybil would be so proud.

The ongoing saga of Anna and Mistah Bates’ seemingly endless string of misfortune continues: They are no longer imprisoned, but now it seems that Anna is struggling to conceive a child, making them both imprisoned by their childlessness and forever weeping in the boot room. (That’s why everyone’s riding boots are so shiny, they’re polished with Anna’s tears.)

Mary swoops in and decides that she’ll take her devoted, childless Lady’s Maid to a 1920s fertility specialist—which is probably just a bespeckled old man in London wielding a turkey baster. Mary, like many of us, just wants Anna to be happy. A child is sure to bring happiness—or so she’s heard. She wouldn’t know, because her son George, the heir to Downton, has been unofficially adopted by Thomas.

Not content to have only meddled in the Bates’ marriage, Mary then informs Carson that she’s going to see to it that he and Mrs Hughes have their wedding reception at Downton if it’s the last thing she does.

When he attempts to get Mrs Hughes to come around to the Blessed Lady Mary’s way of thinking, she declares that it’s her wedding day by-Jesus, and she’s the bride god damn it, and she wants the day to go her way!

Back to the Drewes—remember them? The nice farm couple Edith gave Marigold to like, “You should just keep her, really!” until her maternal yearnings became too strong, and she took her back? Adoption take-backsies are the literal worst.

Mary conspires to take George and Marigold to the farm to look at the pigs, which is code for “tantalize poor Mrs. Drewe with her former foster child!”

Cora wears a serious frown in the barn, echoed by Mr. Drewe, who recognizes this could end with an Amber Alert. Lady Mary remains satisfied with her thoughtlessness. Cora realizes she is a bit over-dressed to be tromping around the barnyard. She’s not worn her wellies.

Mrs. Drewe, who clearly did love little Marigold, decides to give the child a ride home in the pig truck for old times’ sake, and one has to wonder if Marigold will ever develop normally. All of this back and forth nonsense, and it’s not even like just going back and forth between two parents in a divorce, because she’s literally going rags-to-riches every other week.

Tensions continue to rise, coming to a head when Marigold goes missing, though everyone’s pretty sure they know where she went. Having been kidnapped by Mrs. Drewe, Robert implies that perhaps it’s time that they move on … literally. He’d like to see them move off Downton’s land, thereby leaving Yew Tree Farm and going somewhere far, far away from little Marigold.

Mr. Drewe actually agrees, realizing that grief has no place at Downton—unless it is very understated and belonging to Mary—so they agree to vacate the farm. Robert realizes that this is a pretty shitty thing to do to the people who gave a home to his forgettable middle daughter’s shameful love child, but he’s just like ¯\_(ツ)_/¯. 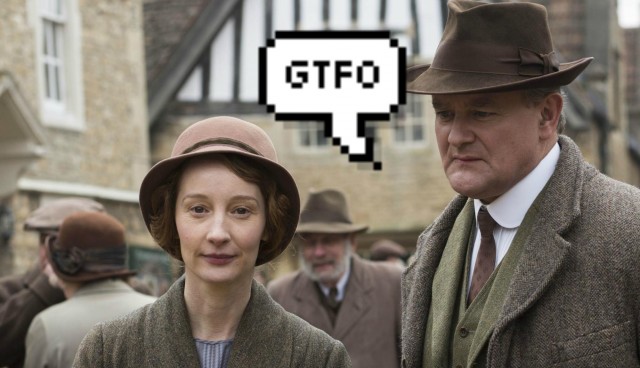 Mr. Mason is out of a farm. Downton now has an empty farm. Farm + Farmer = Profit?

The city doctor tells Anna she has something called “cervical incompetence.” Rude.

(I Googled it for you: It’s when woman’s cervix dilates too early in the pregnancy. That’s why Anna’s been having miscarriages. This slick city doctor is hopeful that if Anna can get pregnant again, he can … make her cervix competent to have a baby, I guess. Seems legit.)

Abby Norman is an author and journalist in New England. Her work has been featured on Medium, The Huffington Post, Alternet and recommended by Time Magazine and NPR. Her first book FLARE, a chronicle of chronic illness, is forthcoming from Nation Books/Perseus. She is represented by Tisse Takagi. Follow her on Twitter @notabbynormal.