Doom Patrol Season Two Dives Into the Pain of Parenting 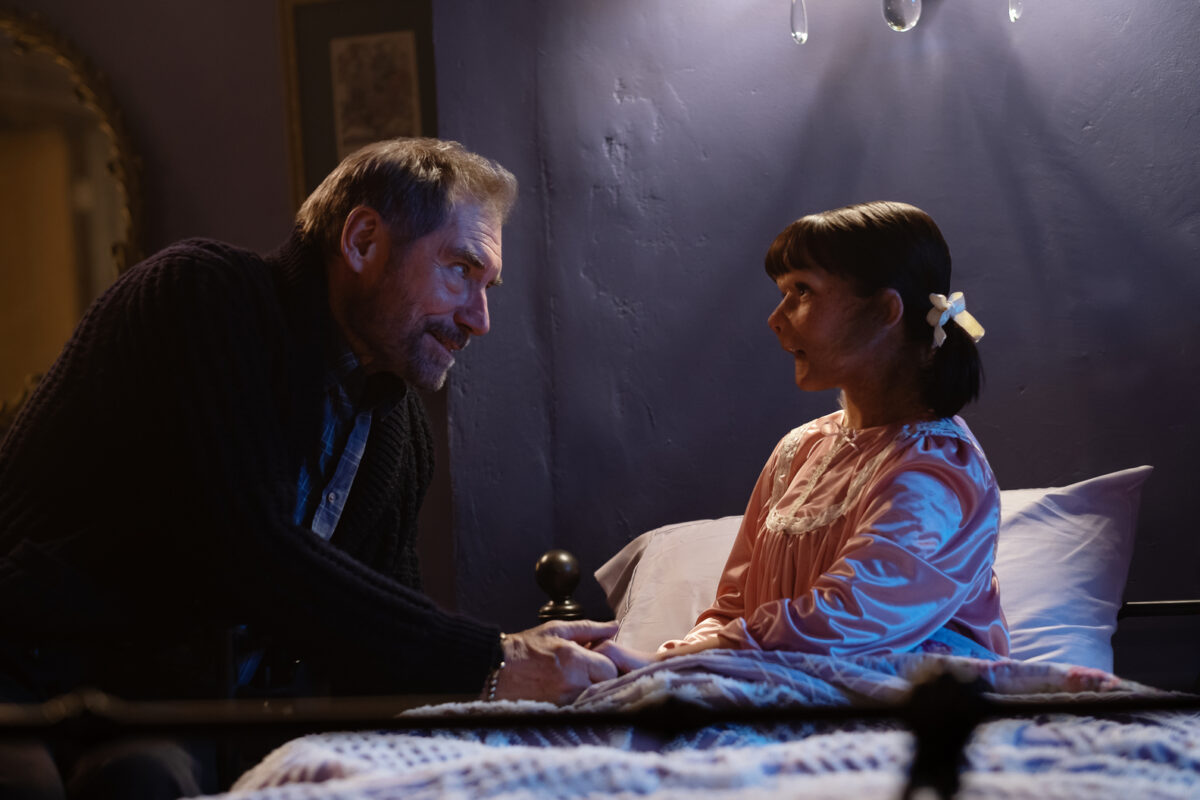 Season one of Doom Patrol was all about trauma. The ways we hid from it, the ways we are shaped by it, the ways it controls our narratives. Trauma can turn us into a recluse or person we don’t recognize and the only way to get through it is with help. It was a powerful theme from a show that also ended its first season with an evangelical cockroach making out with an evil mouse.

Season two of Doom Patrol, which dropped its first three episodes on HBO Max yesterday, is taking on an equally deep and painful subject that many of us can relate to: the pain and terror of being a parent.

The hook of the season is the character of Dorothy Spinner (Abigail Shapiro), the immortal and immensely powerful child of Niles Caulder (Timothy Dalton). Dorothy is hugely powerful, but also very different. She needs protection from herself, and it also feels like the world is too dangerous a place for her to be in alone. Niles’ entire mission has been to find immortality so he can live one day longer than his child so he can protect her.

That’s what being a parent feels like. That’s especially what being the parent to a child who is “different” feels like. Dorothy is adorable and terrifying, she’s full of potential, but she’s also naive and vulnerable, just like any child. And the Chief as a parent responds to all of that by doing some terrible things, all in the name of protecting her. And I get it.

This might not make sense to people without kids, but being a parent is the scariest experience you will ever have. Parenting is hard. Not just the act of parenting, but the emotions of it, because the moment that kid is born, your life is no longer your own. It’s theirs. When you feel turbulence on a plane or get sideswiped on the freeway, you no longer think “Oh no, I might die” you think “I am going to die and my child will have to grow up without me.” You fear death not because it’s death, but because it means you won’t be there to protect this helpless being that you love more than the universe.

That’s not something we actually see a lot of in the media, through films like Bird Box have touched on these anxieties. Maybe we don’t go there that often because it’s too scary or painful. But we probably should, because I’d rather see shows reckon more with the existential dread of being a parent more than see another damn dead mom or dead dad backstory for a protagonist.

Of course, parents know they will die, we know we can’t stop it, but we still don’t consider really being Mufasa, or the Waynes or a million others who die so that kids can grow up to meet their destinies. Some of us would rather be immortal, so we can always be there for our kid, which is why the Chief’s impulse here is familiar and so poignant. But Doom Patrol also explores the consequences of that.

It is dangerous to not let kids grow up, as we see with how shielding and not actually teaching Dorothy has terrible, potentially world-ending consequences. In episode two, Niles considers stopping time to protect Dorothy, but that way lies madness. And in episode three, “Pain Patrol” a terrifying extra-dimensional being called Red Jack tells Niles he wants him as an apprentice because Niles has hurt so many people. Doing things out of parental love, when not balanced, can hurt our kids and others … which is another thing to be terrified of.

The pain and perils of parenting are being explored in other ways in this season as well. We’ve seen Larry reckon with how his secrets and the pain of how he abandoned his family, in some ways before he was even transformed by the Negative Spirit. In “Pain Patrol” we saw Cliff determined, like Niles, to be a good parent, and instead, showing up at his estranged daughter’s door and telling her he was her dead dad just hurt her more.

There are themes of parenting in Jane’s story as well. Jane and the other personalities inside her all exist to protect Kay, the abused little girl who Jane once was, her original personality. But they too are making the same mistakes as Niles. They want to isolate Kay, keep her locked up and not let her be herself. They do the same to Jane, and like loving but over-zealous parents, they think the best way to help her is to take away her independence too.

I’m really excited to see how these themes continue to play out in the rest of the season, especially with Rita, who has bonded in the most “maternal” way so far to Dorothy and who has some past with children that we don’t know yet. Vic as well has parental issues but his story also seems to be continuing themes of trauma and forgiveness, and maybe the ways parents traumatize their kids will play in as well.

There’s a lot left in the season, but with three episodes down already, Doom Patrol has already proved that the stellar season one wasn’t a fluke and that its deft combination of weirdness and human pathos continues to be one of the best things on TV.