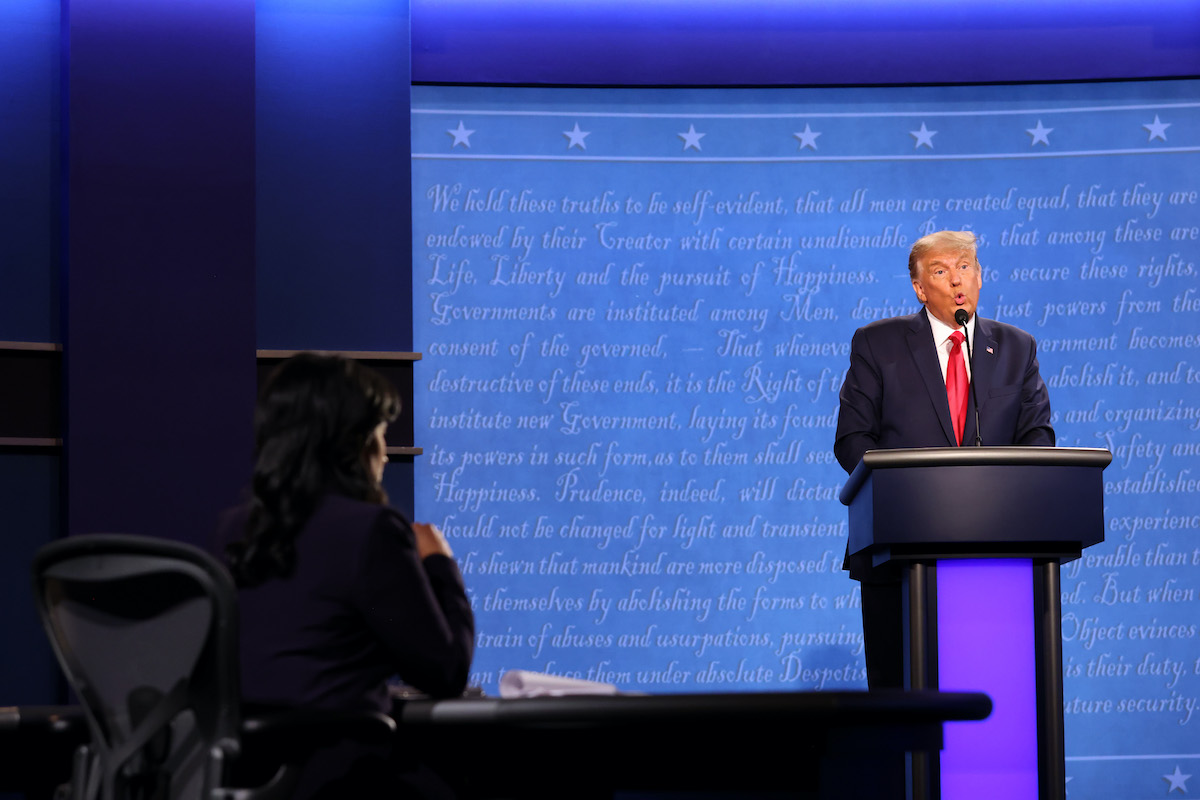 Between early in-person voting and mail-in ballots, approximately 66 million people have already cast their vote with a week still to go until election day. But I guess not everyone is 100% confident in their early decisions because Google searches for the phrase “can I change my vote” spiked early Tuesday morning.

Donald Trump tweeted about the search term, writing, “Strongly Trending (Google) since immediately after the second debate is CAN I CHANGE MY VOTE? This refers changing it to me. The answer in most states is YES. Go do it. Most important Election of your life!”

Strongly Trending (Google) since immediately after the second debate is CAN I CHANGE MY VOTE? This refers changing it to me. The answer in most states is YES. Go do it. Most important Election of your life!

There is a LOT to unpack here. First of all, that spike probably has less to do with people actually wanting to change their votes and more with wanting to fact-check Trump’s tweet. Because while there appears to be a very slight increase in searches for this answer over the weekend (not right after the debate as Trump claimed), there was nothing resembling a trend or a spike until after Trump posted his tweet.

Furthermore, Trump has absolutely no way of knowing the motivations of people searching for this answer. And as someone who watched that last debate, it seems like a pretty big stretch to imagine hordes of people suddenly wanted to switch over to Team Trump.

Moreover, Trump is once again spreading election misinformation. Really, no one should be listening to him when it comes to advice or information about voting (or anything else). It appears that in some states, you can change your vote, but there are strict conditions under which that can happen and it is not an option in “most” states, no matter what Trump tweets.

In at least a few states, you can show up in person and cancel your absentee ballots. There are deadlines by which you would have to do that which vary by state, some of which have already passed. In other states, you can vote in person (usually by provisional ballot) if you did not receive or return your absentee ballot but again, those rules vary by state. In many other states, you cannot vote in person if you’ve already voted by mail, and in fact that—and encouraging people to do that as Trump is hedging on doing—is a felony.

So again, don’t listen to Trump about things that could land you in jail!