People who don't make terrible period jokes take this round. 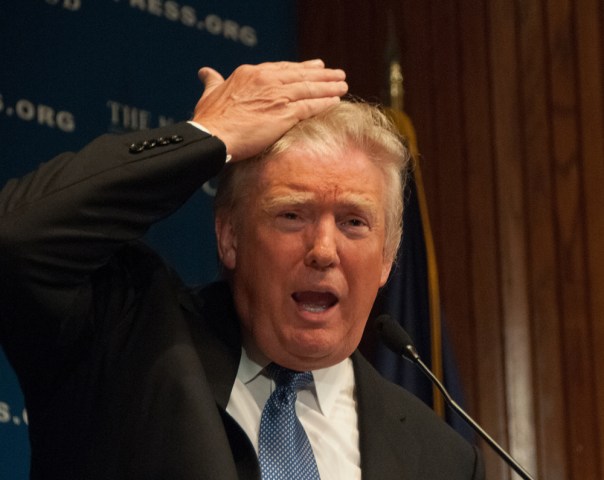 Looks like we aren’t the only ones who took note of Donald Trump’s total misbehaviour following the GOP Presidential debate this past week. Apparently he’s been barred from the RedState Gathering (a big event featuring conservative activists) taking place today. And why? Because of his inappropriate remarks about Fox News host Megyn Kelly.

In a post he put up late last night, organizer Erick Erickson explains his decision to”disinvite” Trump, a candidate he has formerly defended despite outside criticism. His particular issue is with this entirely sexist comment Trump made to CNN about Kelly following the debate, during which she called Trump out several times: “You could see there was blood coming out of her eyes. Blood coming out of her wherever.”

I just don’t want someone on stage who gets a hostile question from a lady and his first inclination is to imply it was hormonal. It just was wrong.

Whether or not you agree with the rest of his politics, it’s pretty cool of Erickson to stand up to Trump like this. But what might be even cooler is that he decided to invite Kelly to the event in Trump’s place. As a member of the same party as Trump and a supporter of him, Erickson easily could have let this moment go, but he didn’t. In fact, he called Trump and his behaviour out for being “indecent.”

Naturally, after learning of Erickson’s stance on her remarks, Trump’s team retaliated, offering the following statement:

This is just another example of weakness through being politically correct. For all of the people who were looking forward to Mr. Trump coming, we will miss you. Blame Erick Erickson, your weak and pathetic leader.

Yes, because standing up for women and not making period jokes is “weak and pathetic.”