In One Tweet, Donald Trump Mocked Chris Cuomo, Mental Illness, and Those Red Flag Gun Laws He Pretended to Care About Last Week

Mocking gun control and mental illness to own the libs. 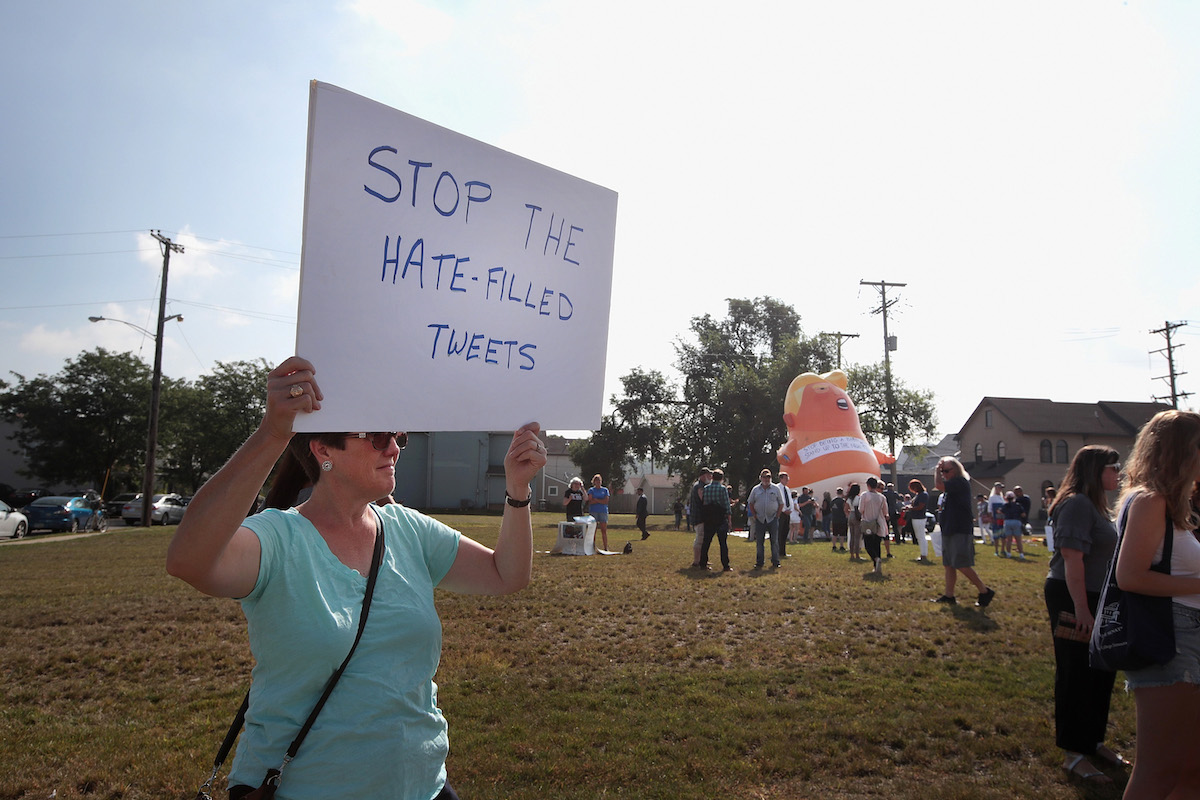 After the back-to-back shootings in Dayton and El Paso, Donald Trump called for basically the very bare minimum of movement on gun control. On Twitter, he expressed a desire for “strong background checks” (although he did appear to be holding the issue hostage by proposing “marrying” it with immigration reform) and in a speech from the White House, he proposed implementing more “red flag laws” nationwide.

Red flag laws allow police to confiscate a person’s firearms with a court order if that person appears to be posing a threat to themselves or to others. Right now, seventeen states have some version of a red flag law. It’s not the biggest step forward for gun control but there has been evidence to support their effectiveness, especially when it comes to preventing suicide.

So naturally, Donald Trump saw the laws (and mental illness in general) as something to mockingly weaponize against a journalist. In commenting on the recent viral video of CNN’s Chris Cuomo losing it over being called “Fredo,” Trump tweeted an insinuation that he would be affected by red flag laws. “He shouldn’t be allowed to have any weapon,” Trump wrote, calling Cuomo “nuts.”

Would Chris Cuomo be given a Red Flag for his recent rant? Filthy language and a total loss of control. He shouldn’t be allowed to have any weapon. He’s nuts!

At this point, we’re all probably desensitized to Trump hurling petty insults at journalists. And, really, it’s no more surprising to see him be so glib about these gun control laws that he had definitely never heard of until they showed up on his teleprompter last week and he had to try to convince the country that he cared about them and about our lives and wellbeing in general. He was not very convincing at all at the time, so no, it’s not surprising that he thinks the idea of taking away Chris Cuomo’s hypothetical guns is tweetably hilarious.

Cuomo’s reaction to being called Fredo was ludicrously over-the-top. It also had absolutely nothing to do with mental illness, guns, or even physical violence of any sort. Those were connections that existed only inside Trump’s mind, presumably taking up the space where empathy and humanity would normally go.

Also, by so brazenly misrepresenting what red flag laws are actually about, Trump gave the staunchest NRA defenders a strong argument against them.

With one Tweet POTUS explains how red flag laws can and will be abused. https://t.co/3W4J6JQl9f

Basically, Trump managed to unite the left and the right in agreeing that this tweet was terrible. Is that the kind of “unity” he keeps getting praised for inspiring?