Being called "Fredo" is not a slur. 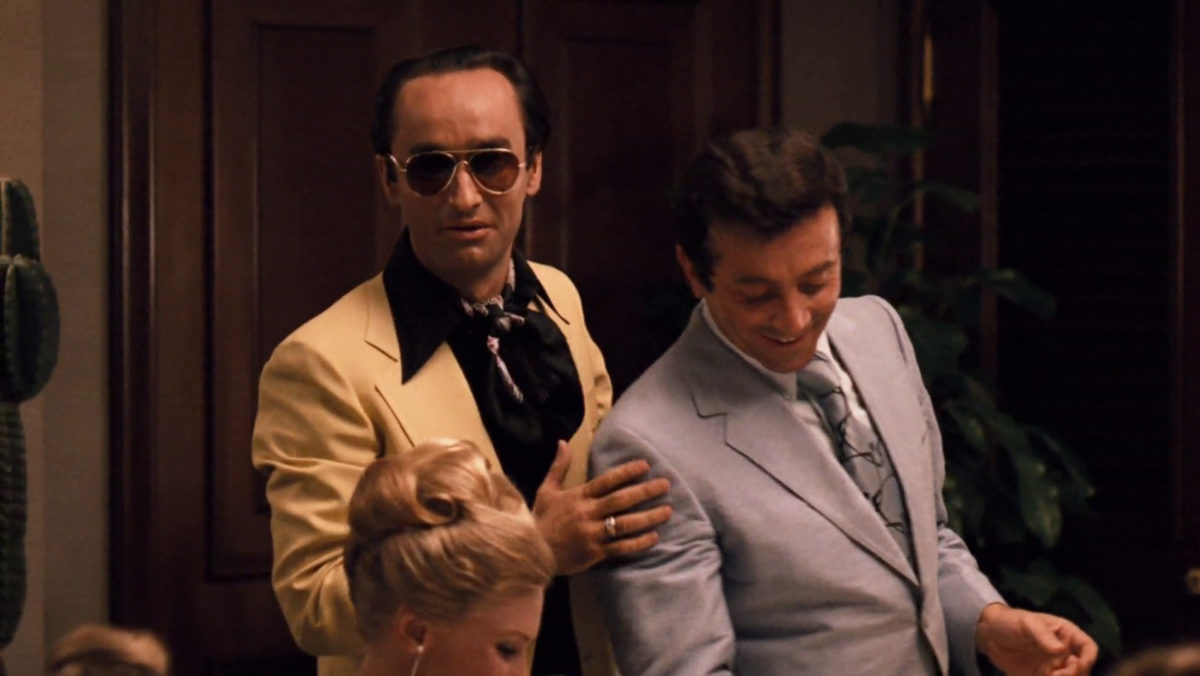 CNN TV host Chris Cuomo getting called Fredo seems to be a bigger deal than I ever anticipated, because I’ve never, in my 27 years of being Italian, have thought about being called “Fredo” as being derogatory—mainly because it’s just being called the stupid brother—but when a conservative troll saw Cuomo in public, he called him “Fredo” and said that he “thought it was his name.”

Cuomo, who defended himself, was right in his anger, but then he equated being called “Fredo” to “the N-word,” and that’s when the problem comes in.

CNN host Chris Cuomo has little to no chill when someone calls him “Fredo”. pic.twitter.com/w8pYFfq1Q9

In a way, the man was calling Chris Cuomo a stupid Italian—still not racist, but definitely rude. But Cuomo going off and equating it to the N-word is the problem. It is … nowhere even close. Being called Fredo does not, and never can have, the same implications as being called the N-word. Let’s get that straight right now.

Fredo Corleone (John Cazale), the idiot brother to Michael (Al Pacino) in The Godfather, has a bad rap because he sold out his brother not realizing what he was doing—hence, the idiot brother. Cuomo just doesn’t like that he called him the stupid brother who unwittingly betrayed his family.

I’d like to start off explaining this by placing the Love Theme from The Godfather movies here.

Sure, we, as Italians, have a sense of loyalty to our family, but that doesn’t mean that being called Fredo is a racial slur meant to degrade an entire race of human beings with an incredibly painful history behind it (as is the case with the N-word). It just means you’re stupid. As someone whose grandfather’s name was Carmelo Rocco Gagliardo, I can safely say that if he were called Fredo, he’d probably say, “No, that’s my brother Frank,” and that’d be the end of that.

In a way, it’s a strange situation because he was understandably defending himself against a conservative screaming at him, but then again, the insult isn’t racist and it isn’t the same thing as using the N-word. Was it bad that this man accosted him in front of his daughter and wife? Yes, but, being called Fredo by this man was most definitely being called stupid and not in whatever way that Chris Cuomo took it.

So, in my opinion, Cuomo should have called him a “punk bitch,” as he suggested, and been on his way. His lesson in calling someone “Fredo” means that he has been called the “idiot brother” before because that is truly the only reason to get this mad about it. Many on Twitter took to defending Cuomo and saying that his defense of himself was okay, which it is. Again, the problem is his insinuation that being called the name of a fictional character is the same as the N-word.

People who tell you it’s ok to call an Italian man Fredo are the same people who said it was ok to throw money at a woman leader and call her a whore. And they never think about the energy they take rationalizing the denigration of others.

I say good for @ChrisCuomo

He’s out with his 9 year old daughter, and his wife, and this guy is being a jackass in front of his family.

Imho Chris Cuomo has zero to apologize for. He deserves the apology. https://t.co/VnyMNgz14U

The other side of this wild coin is that people are mad because Donald Trump Jr. has been called “Fredo,” but … yeah, it checks out. He’s the idiot brother who has already accidentally betrayed his family with his absolutely boneheaded actions in the now-infamous “he just tweeted it out” incident. The problem is that Cuomo is Italian and took the insult very differently.

Anyway, there are very few actual Italians in The Godfather movies anyway, so I don’t know where this outrage comes from. You guys think James Cann and Marlon Brando are Italian? Think again! Being called “Fredo” is annoying and rude, but it does not even come close to being called the N-word so Cuomo, you’re righteous in your anger, but so very wrong about what being called Fredo actually means.