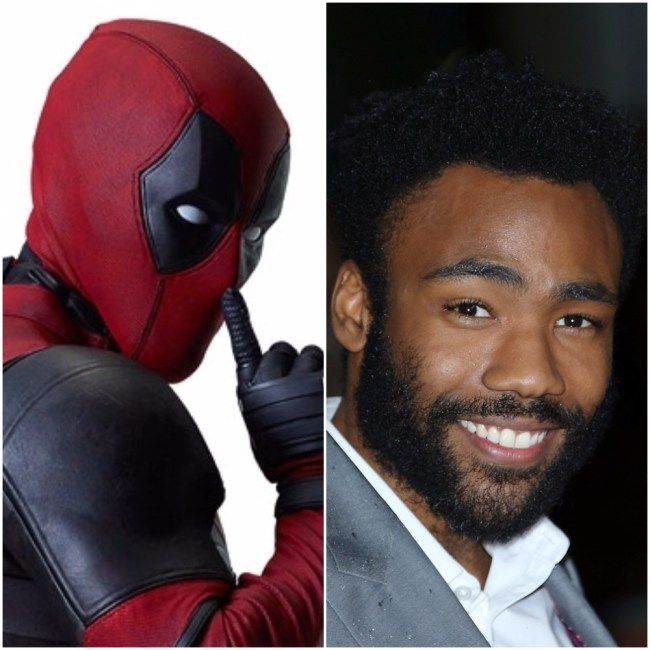 It seems that FX really loves mutants. And Donald Glover. So, it was only a matter of time before the network brought those two things together for an epic exercise in appealing to the geek masses. Donald Glover, who is currently showrunning and starring in FX’s Atlanta, is now taking on writing/Executive Producing duties on an upcoming animated Deadpool series.

As reported by Entertainment Weekly, Glover will be writing the adult animated comedy series with his brother, Stephen. Set to debut in 2018, FX has already ordered ten episodes for the currently untitled series.

Clearly, the Fox family of networks loves them some mutants. The announcement for a Deadpool series comes after a hugely successful debut for Legion on FX and the recent first trailer for Fox’s mutant show, The Gifted. Of course, FX also knows its adult animation, what with it being the home of Archer and all.

FX original programming president Nick Grad is excited about both the continued partnership with Marvel and about Glover taking the reins on a new show. He says, “Donald Glover is an incredibly gifted and versatile artist who’ll bring the untitled Marvel’s Deadpool series to life with the same intense, singular vision as his breakout hit Atlanta. With the success of Legion, we’re looking forward to again partnering with Marvel Television to create a series that is bold, striking and entirely original.”

Meanwhile, Marvel’s Jeph Loeb deems FX and Glover “the perfect fit for the Merc with the Mouth!” He goes on to say, “We’re thrilled that our relationship with FX that started with Legion continues with what is sure to be a groundbreaking show in adult animation.”

There’s no word yet on who will be voicing the Merc With a Mouth, but one can only hope that Ryan Reynolds’ attachment to the character might encourage him to take this on as a voice acting role. Alternately, could Glover himself bring the Wade Wilson?

What do you think? Are you excited for an animated Deadpool series for FX? Who should join the voice cast? Let’s hear it in the comments!