Hello, what have we here? Donald Glover is Lando Calrissian in the untitled 2018 Han Solo Star Wars Story. https://t.co/ChueOBd0fv pic.twitter.com/54JOBM1P9K

Do you hear that high-pitched noise far off in the distance? That’s all of us on The Mary Sue staff screaming in utter excitement.

Lucasfilm just announced via the Star Wars official website that Donald Glover will be playing Lando Calrissian in the forthcoming Han Solo Star Wars Story movie. He’ll be joining Alden Ehrenreich, who was announced as taking on the smuggler role earlier this year. The search continues as well for a woman of color to take on the female lead role in the movie, which we’re guessing will be Sana Starros (total speculation, of course).

We wrote about Glover’s knowledge of the rumors surrounding his casting, to which he gave a somewhat coy response. All he could say was that the rumors did indeed exist (uh-huh), and now we know that they’ve been proven to be true.

In all honesty, Glover is going to make a fantastic Lando. He’s got great depth when it comes to his acting ability, and more than that, his geek cred certainly stands out. If anybody’s got the most extra insight into this role, it’s got to be Glover.

Anyway, here’s what happened in our Slack when we found out the news: 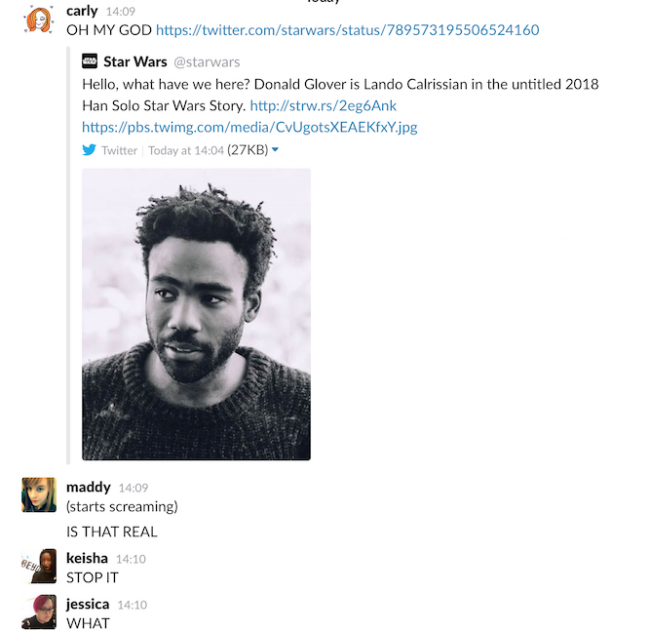 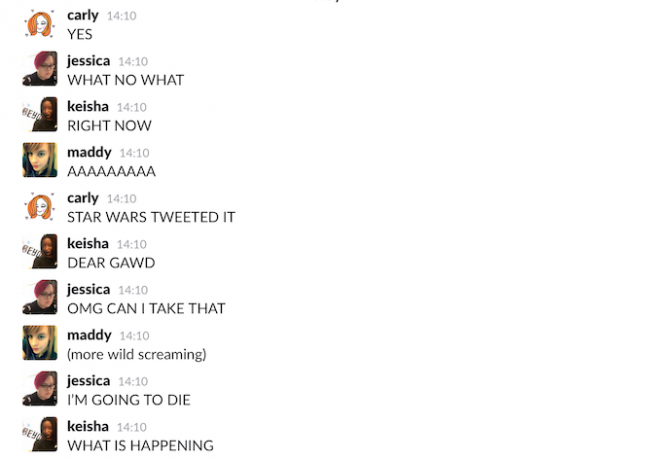 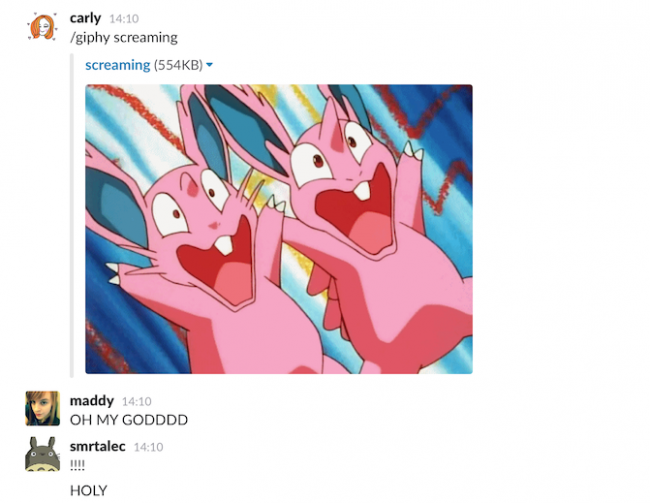