Dolby Lets You in on the Secrets of Seven Movie Sounds

Find out what sound design is all about. 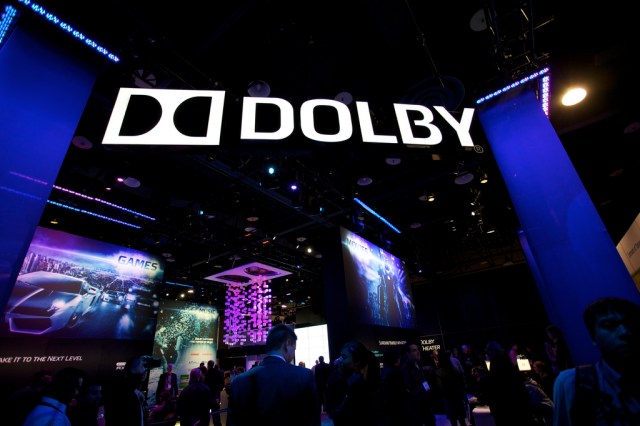 Why do lightsabers sound like that? What went into the sound of raining frogs from Magnolia? Find out that and more thanks to a recent blog post by Dolby where they lay down some facts about classic movie sound origins. Pew! Pew!

Sound editor Ben Burtt explains that the iconic hum of a lightsaber comes from mixing the hum of old film projectors with the static of a television.

Just a heads up. This one is gross.

Richard King designed the audio for the famous frog-raining scene in Magnolia, and since dropping a bunch of frogs all over the place is both impractical and monstrous he instead just threw a bunch of different objects at some hams and frozen chickens.

War of the Worlds’ tripods

Maybe not as iconic as the sound of a lightsaber, the sound produced by the Martian tripods in Spielberg’s War of the Worlds was done by Michael Babcock mixing audio of trains, roller coasters, and a bike chain into what he called “a futuristic, oppressive waltz.”

Often mocked and imitated, Bane’s voice and mask presented some problems for the folks doing the audio for The Dark Knight Rises. It turns out that part of the reason he was so hard to understand is a psychological effect of not being about to see Tom Hardy’s mouth move under the mask. To compensate, Richard King played Bane’s audio through all three of the speakers at the front of the theater rather than the typical one used for other characters.

That gave Bane a real audio presence in the movie, and could explain why I always felt his dialogue was particularly unsettling.

The “voices” of the Transformers

To get the giant Transformers to stand apart from one another on screen, Erik Aadahl used unique audio signatures for each. When Bumblebee transforms, for example, Aadahl threw in the sound of bees buzzing. Optimus Prime had some tractor trailer hydraulic sounds for his transformations, and when Bumblebee whined it was actually the sound of Aadahl’s dog run through some robotic processing.

We don’t see much of the aliens in the movie Signs, but we heard them quite a bit. To get their creepy alien walk down King used taxidermied goat and horse legs. King said the goal was to have the walking sound solid and organic, but not fleshy. That makes sense, because describing anything as being “fleshy” immediately makes it gross.

“The Future” in In Time

It’s hard to predict the future, and even hard it to portrait a believable one on screen that still feels familiar. To get around that challenge Michael Babcock decided to swap out some sounds from our own time. The police sirens on North American cop cars in the film are actually the siren sounds from elsewhere in the world, and Babcock did a similar swap for European ringtones on American phones. The result makes things seem the same but different, so that’s probably what the future is like.

Ship rigging in Master and Commander

Not a lot of people have actually heard the sound of an old-timey ship’s riggings so Richard King could have used just about anything for the sound in Master and Commander and we’d have to take him at his word, but it seems he wanted something believable and at least a little authentic. That’s why he and his team build a big wooden box and strung it with a bunch of rope pulled as tightly as possible, then drove the box in the bed of a pickup truck to record what it sounded like in 70mph winds.

(via Dolby, image via Tech Cocktail)