Dogs Could Be Trickier Than Previously Thought, Might Not Actually Love You

It's easier to tell on those that have adorable little eyebrows; mustaches still unnecessary. 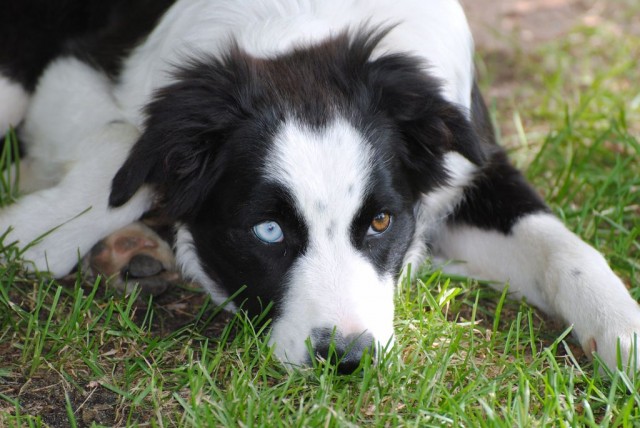 We here at Geekosystem have an ongoing argument about whether cats or dogs are better, and if you’re really allowed to like both. Today brings some bad news for those on the dog-side. Turns out, dogs might be just as manipulative and distant as their defenders accuse cats of being.

Humans aren’t the only ones whose emotions are betrayed by involuntary facial tics: Animal behavior experts say that dogs are as well. Studying and comparing the differences in canine faces when they set sight on their owner versus on a stranger, a new paper published in the journal Behavioural Processes found that dogs generally raise their left eyebrow 0.5 seconds after seeing their owner, whereas they pull back their left ear when meeting a stranger. Moreover, if the dogs saw an object with which they were likely to have a negative association — like nail clippers — they tilt their right ear back.

Movement of the ears often suggests an emotional reaction, whereas shifting their eyebrows shows the dogs trying to focus more intently on the thing or person they’re looking at. That suggests that the next time you want to know if your dog is really happy to see you — and not just looking for a treat — you might want to look in their eyes and not take them at their happy-looking jump to meet you.

Studies have also found that humanity’s long history of domesticating dogs has given humans natural empathy towards them, such that people who have interacted little with them in the past could differentiate between a dog’s expressions.

So does that mean failure to correctly interpret if your pet loves or is using you is subconsciously lying to yourself, or stubbornly maintaining that canines are superior to felines? The world may never know.

(via Telegraph, image via Wikimedia)