Here Is Adorable Doggie Skyrim Cosplay, Because We Love You and Want You to Be Happy 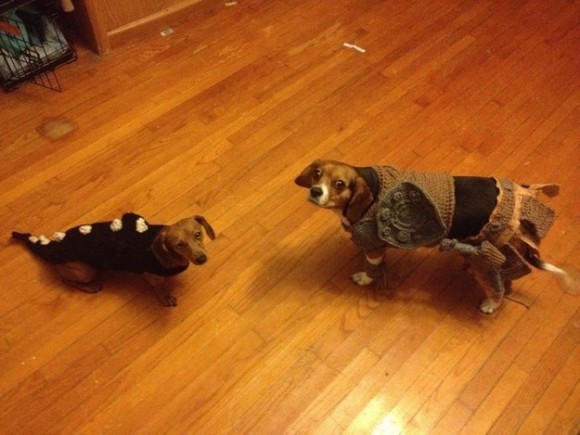 I’ll be honest: I don’t play video games, and all I know about Skyrim is that it came out recently. Or a version of it came out recently. Really, I have no idea. If it’s something you enjoy, all power to you! I would never stand in your way. However, while I have a neutral opinion about Skyrim, something has prevented me from ever having a negative opinion about it. And it’s handmade crochet costumes for dogs. Adorable crochet costumes for adorable dogs.

No names are mentioned, but these costumes — that of a dragon and a dragonborn — were made by someone’s sister for the latter’s beagle and dachshund. And here are more pictures: 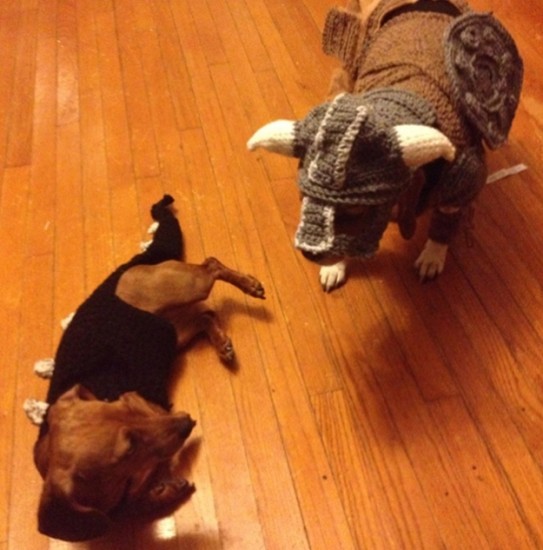 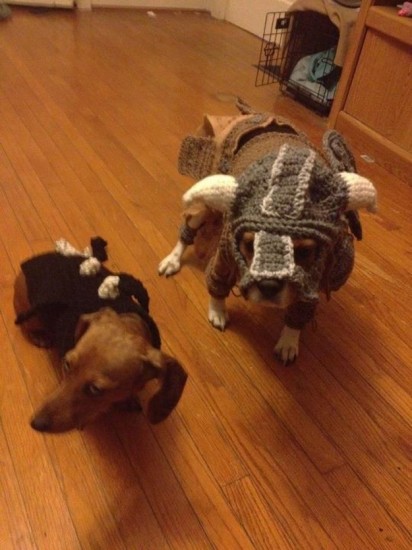 And here are the costumes by themselves, still adorable while not on the dogs: 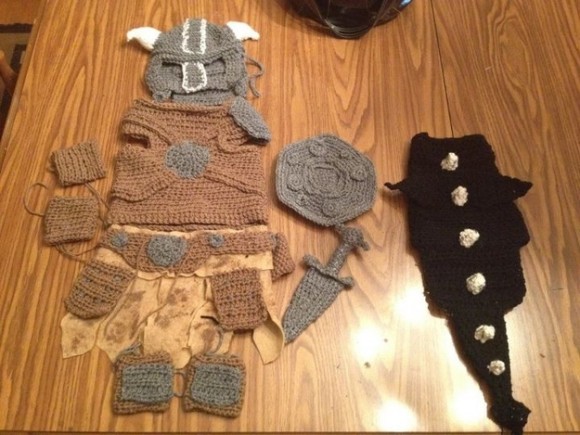 Seriously, guys. Even with no concept of anything about Skyrim, this is the cutest thing I’ll see all day. Until Puppy Bowl comes on, anyway.