Doctor Who: Worlds of Time Free-To-Play MMO Will EXTERMINATE Your Leisure Time 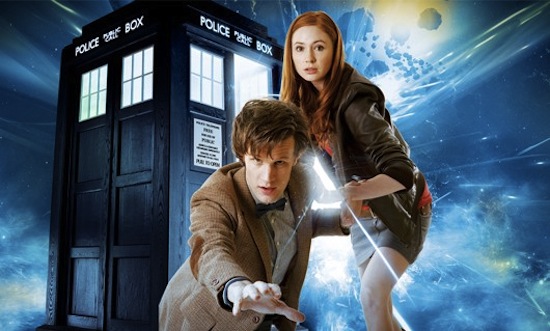 The BBC and developer Three Rings, who are best known for the oddly fun Puzzle Pirates, have teamed up like a Time Lord and a man of the 51st century and announced they’ll be developing a free-to-play MMO based on Doctor Who, currently titled Doctor Who: Worlds of Time. Three Rings promises to divulge more details next week at GDC 2011, though the rest of us already know the details since we hopped in our fake police boxes and time traveled to the conference to get the details. No, none of us time traveled to the release date and played the game, because we all enjoy anxiously waiting in anticipation rather than playing actual games. From the press release:

“The game allows players to enter the TARDIS and be set a challenge by the mysterious Time Lord to help him defend civilized culture against infamous Doctor Who enemies.”

Apparently, the Doctor will be getting even less discriminating with the way he chooses companions, i.e. anyone who signs up for a game account.