Moffat Might Consider "Varying" Next Doctor Who Companion | The Mary Sue

Moffat Might Consider “Varying” The Next Doctor Who Companion 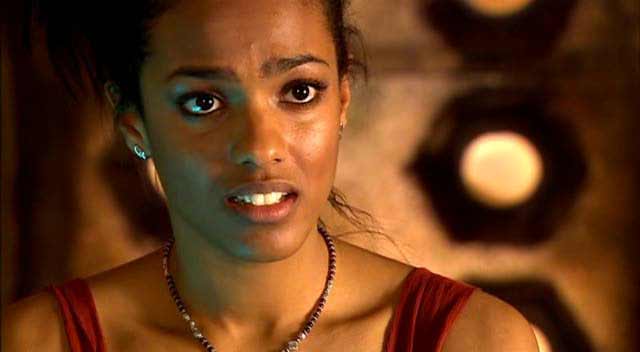 At a Royal Television Society panel called “Doctor Who: Anatomy of a Hit,” Moffat spoke about the Doctor’s potential future companions—and the possibility of us maybe seeing someone a little different next time around.

Moffat said that, with regards to “changing it up with the companion,” he thinks they’ve already been doing that.

We actually have changed it up quite a lot, look how different those girls have been. Wait and see.

What we have is probably the most enduring form of the show and I think will always tend back to it for whatever reason, but there’s no reason you couldn’t tend away from it and there’s no diktat or special rule book left by Verity Lambert or something.

We absolutely could vary it. The times they’ve varied it, it makes them work hard – you can see them struggling with Leela. She was a great character but they had to civilize her fast because it was getting hard to fit her into stories – but it’s not a hard and fast rule at all.

I’ll let you know what the team here at The Mary Sue had to say about Moffat’s statements, which pretty much sums up all of our feelings about this in a nutshell.

Jill: LOL. “We actually have changed it up quite a lot, look how different those girls have been.”

Sam: That’s my favorite part. Have they? Have they really? Tell me more.

Dan: I know! Amy’s hair was red, and Clara’s was dark brown! So different.

Victoria: And they were played by different women and it wasn’t the same actress in a wig so, right there.

Dan: Their accents were way different! So much variation!

Victoria: “Hey, remember that time the companion was a woman of color? I didn’t cast her but, oh man. So different.”

Jill: “And one wasn’t in love with the Doctor.”

Dan: “Yes. One of them only flirted with the doctor. The others flirted and had feelings!”

Victoria: “And don’t forget my silurian lesbian who acts just like all the men in that she is literally superior to her love interest in every way and also tells her how pretty she is a lot. SO. DIFFERENT.”

Dan: “They all had their own names, too.”

Sigh. But no, I’m sure we’re going to see something really, really different next time. Really. Maybe… curly hair? Who knows.