You may have heard (unless you live under a rock) that from 2:00-2:30pm EST there was a live, special broadcast to announce the identity of the Twelfth Doctor.

So who’s the actor whose life has, as of now, forever been changed by Whodom? That would be Peter Capaldi.

When Capaldi steps into the Doctor’s shoes it’ll actually be his second time on the show; he appeared in the episode “The Fires of Pompeii,” the same episode Karen Gillan appeared in as an extra before she was cast as Amelia Pond. Interestingly, he’s also appeared in Torchwood. His most well-known role to this point is as the political spin doctor Malcolm Tucker in BBC’s The Thick Of It and the Oscar-nominated film In the Loop. Other credits include World War Z, The Hour, and Skins.

Now to editorialize for a moment: I have to admit I’m a bit sad at the missed opportunity that is the Doctor being another white dude, but if Twelve is going to be another white dude, I’m thrilled that it’s Capaldi. He’s a great actor and I think he’ll bring something really original to the role. If you’re not familiar with his work I’d recommend looking up some Malcolm Tucker clips on YouTube, though be warned that all videos will be extremely NSFW for language. (Seriously, the show has some of the best cursing.)

Welcome to the show, Capaldi! Good luck from us at The Mary Sue!

Updated: Here’s an official pic posted by the BeeB on Twitter: 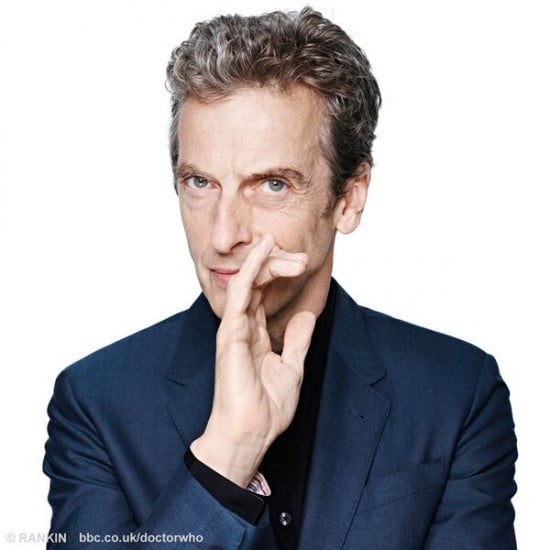