Are they even going to have any footage left for the actual episode? 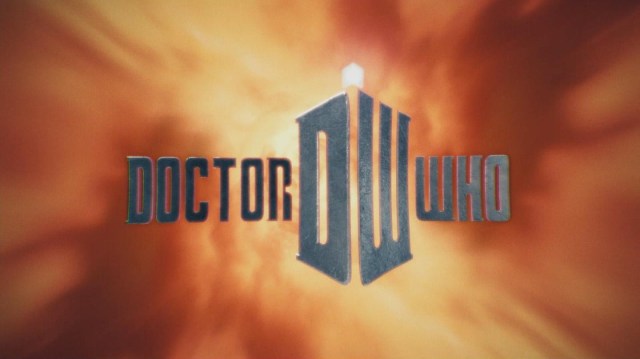 Remember when all we got of the upcoming Day of the Doctor were still pictures and frustratingly vague trailers? Now it seems like we can’t stop the BBC producers from leaking new clips and trailers. Jeez, guys. Save some for Saturday. Wait, just kidding, don’t.

First we’ve got the one that’s been “unlocked” on the official Doctor Who: Save The Day site. We can’t embed it, unfortunately, so you’ll have to go over to the other website to view it. If you’re too lazy to do so, don’t worry: all you’re really missing is Clara riding a motorcycle into the TARDIS while the Eleventh Doctor reads a book and looks devilishly at the camera. 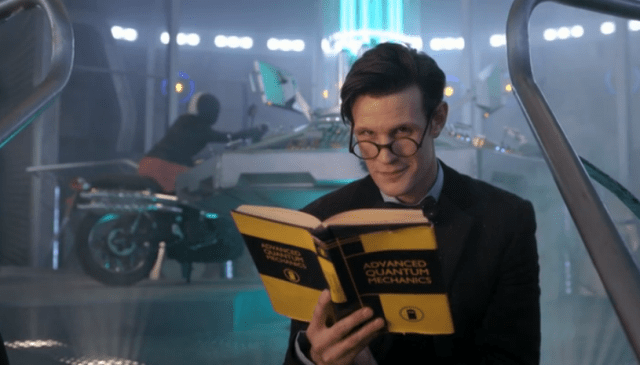 Advanced Quantum Mechanics? Boy, he about to to start some shit.

Secondly and more importantly, we have a much longer video that first premiered on BBC Breakfast, which shows a bunch of awesome behind-the-scene footage (holy crap look there’s a Zygon at 0:42 aaaah). There’s also a tiny clip of Ten threatening what he thinks is a terrifying shape-shifting space creature, which starts at 1:39.

You know what you are? A great big outer space dunce. On the plus side, you’re not alone in your hatred of rabbits. In fact, there’s this vengeance demon and a whole group of Camelot knights I would like you to meet.

As you all already know at this point, Day of the Doctor premieres this Saturday. We’ll probably be getting a spillion more then, so keep checking back for more.

(via Doctor Who and Three If By Space, images via BBC)

Day of the DoctorDoctor Who