Just listening to the score from "Doomsday" still makes us cry for days. 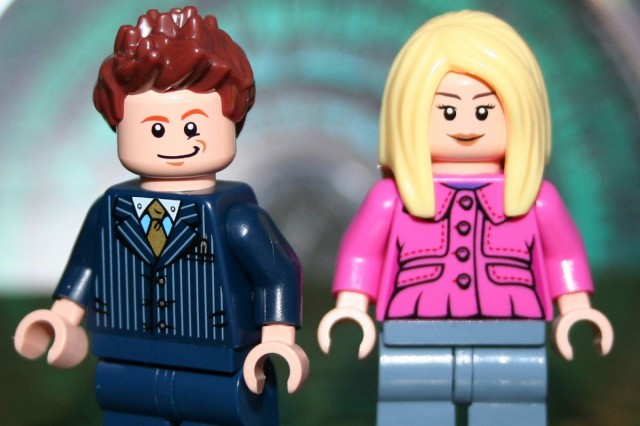 Over 20,000 Doctor Who fans voted through RadioTimes, and the results are in: Whovians say the best Doctor and Companion of all time are David Tennant (Ten) and Billie Piper (Rose).

Current Doctor (and eyebrowless wonder) Matt Smith picked up 15% of the vote, followed by the scarf-wearing Fourth Doctor Tom Baker with 10%. Tennant, who played the Tenth Doctor between 2005 and 2010, won by an astounding landslide, with over 56% of the vote.

Billie Piper, the first companion of the rebooted Who series, played Rose Tyler alongside both Tennant and Ninth Doctor Christopher Eccleston; but, she’s best known for being Ten’s chavvy and charming love interest. Piper took just over a quarter of the vote, while Elisabeth Sladen – perhaps better known as Sarah Jane Smith – came in second place.

Smith’s current companion, Clara, could only manage ninth place, behind the omnisexual Jack Harkness and Seventh Doctor Sylvester McCoy’s sassy sidekick Ace. The full results are over on the RadioTimes website, if you want to check them out.

Do you agree with the results? Let us know your favorite Doctor and Companion in the comments!

(via RadioTimes, image via Spielbrick Films)